At the MWC this year, HTC chose to unveil the HTC One M9 but chose to pass over the rumored larger screened variant of the One M9, the HTC One M9 Plus. But that doesn't mean the One M9 Plus is dead and we should stop speculating as to what the device will look like and what it'll come featuring. Onleaks is back today with some information and images that end up showing us just how different the One M9 Plus will be from the One M9. 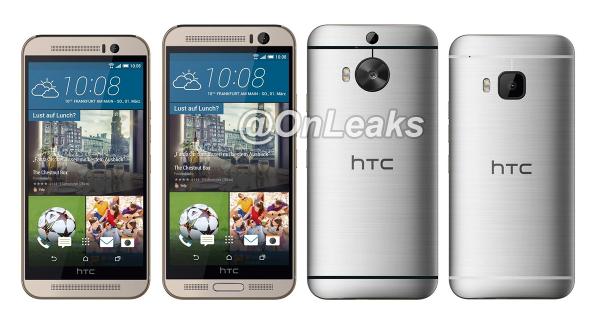 NWE's famous leaker also claims to have laid eyes on the device, and has recreated what he claims is the One M9 Plus, compared to the One M9. By the looks of things, the One M9 Plus will be coming with an additional home button at the front of the device. Whether this will be a fingerprint sensor or not still remains to be seen. Also, as can be seen above, the rear of the device will come featuring a dual camera. Other changes that the device can be expected to come with are unknown as of yet, and given the incremental 0.2 inches screen size increase, HTC should really come up with something more for the device. Let us know what you think in the comments section,