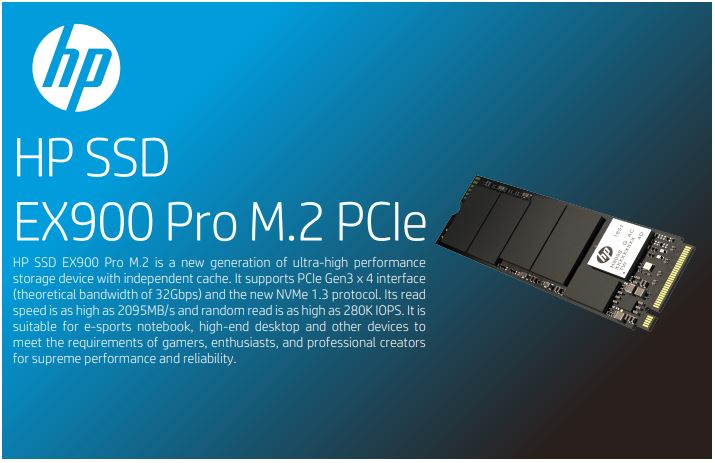 HP has released the HP EX900 Pro M.2 SSD line, this line of SSD features three different capacities of 256 GB, 512 GB, and a 1 TB model. This new line of seed makes use of a PCIe Gen3 x4 NVMe 1.3 interface. This SSD also utilizes a PCIe Super Master control with a total of four Flash memory channels. The combination of these technologies allows this SSD to provide a max reading speed of 2,095 MB/s and a max writing speed of 1,965 MB/s.

HP has announced the HP EX900 Pro M.2 SSD, which is an SSD that features a max read speed of 2,095 MB/s and a max writing speed of 1,965 MB/s. This SSD line also features an independent cache to prolong the SSDs life span. 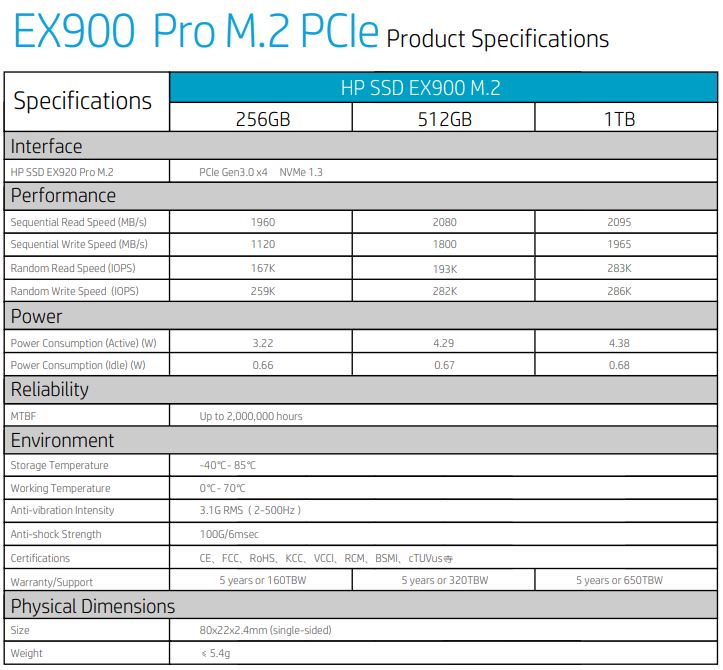 Unforantly, HP has not released pricing or when these SSD's will be available.