Here's a complete step by step guide on how to turn off 3D Touch / Force Touch feature on iPhone 6s and iPhone 6s Plus. 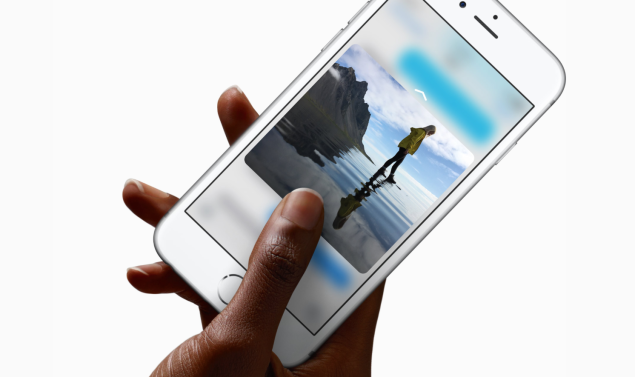 3D Touch is a marquee feature of Cupertino's latest flagship handsets, the iPhone 6s and the iPhone 6s Plus. The feature, just like Force Touch, allows you to press hard on the display to invoke something new. But unlike Force Touch on the Apple Watch, 3D Touch senses three levels of pressure on the display instead of two on the the iPhone 6s and iPhone 6s Plus - touch, press and hard press. In short, 3D Touch is an awesome feature to have under your thumb, and we're certain it will go a long way when it comes to touch-screen interaction.

But what if you don't want to use 3D Touch at all on your iPhone 6s or iPhone 6s Plus? What if you wished that the feature would just go away, just because it's not your cup of tea at all? Today, we'll show you how to turn said feature off in a few steps.

How To Turn Off 3D Touch On iPhone 6s, iPhone 6s Plus

3. Scroll down and tap on Accessibility.

5. Over here you'll find a '3D Touch' toggle switch at the top. Simply move it to the OFF position.

If, for some reason, you feel that you've made the worst ever decision by turning off 3D Touch, then follow the above mentioned steps again and move the toggle switch to the ON position in the last step.

We really wouldn't recommend turning off 3D Touch in any case. After all, it's really what makes the iPhone 6s, a well, an iPhone 6s. And without it, both devices look and feel no more than last year's handsets except that they're on steroids in the speed and performance department.

As we move forward, developers are busy updating their apps to support 3D Touch, and while many big name apps were quick to jump onto the bandwagon, it would be interesting to see how Apple will further innovate on this side of the fence. We have high hopes for it though.

If you happen to find the above guide useful, then don't forget to let us know about it in the comments section below.