Tired of Automatic Windows 10 Updates? Here’s the Official Tool to Block Some Updates

Windows 10 update system has caused some massive ripples among the Insiders as they don't seem to be open to installing every other update that Microsoft sends their way. Seems like Microsoft has finally heard users' pleas.

Most of the Windows 10 updates that Microsoft has been sending out are important security fixes or help you get rid of several of the bugs that are plaguing the operating system. Company had devised a plan that will automatically download all the available updates to fix any security issues. We had reported earlier in the month about how Microsoft is making it difficult for users to opt out of these installations:

With Windows 10, updates will be automatically downloaded and installed. Customers will be prompted when a restart is required, and will have options to manage at what time they would like to restart their device. Not all updates require a restart, and many can be installed seamlessly while the device is in use. Windows 10 Pro, Windows 10 Education, and Windows 10 Enterprise customers have additional update management options and controls, including the option to use the new Windows Update for Business.

However, not everyone of these updates is a sweet cookie as some have reported crashes occurring as a result of a few updates but users had no way of opting out of the unwanted updates. Microsoft has just rolled out a tool that would now help you prevent some Windows 10 updates that you aren't willing to install.

This latest Microsoft troubleshooting package, KB3073930, allows you to hide or block Windows driver updates. Updates from NVIDIA were the major culprits creating crashes in the latest updates sent out to Windows 10 10240. This tool while initially developed for Windows 10 Insiders will also work for the normal users once the operating system is launched this Wednesday on July 29. 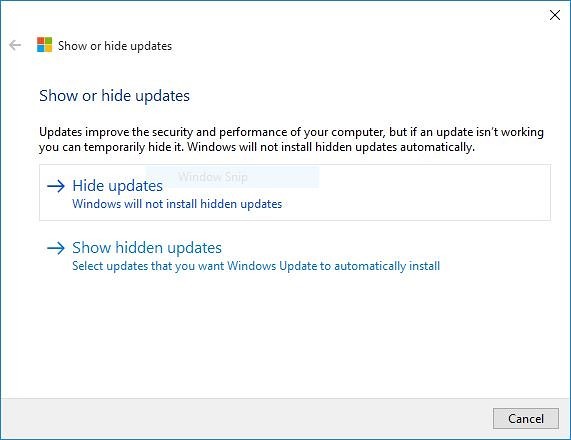 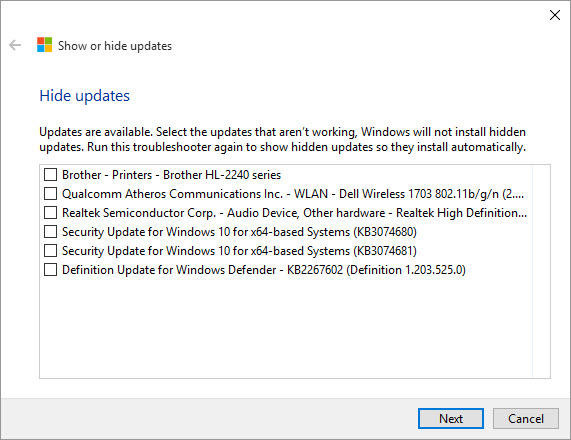 You can download the package from Microsoft Support and start blocking driver updates!