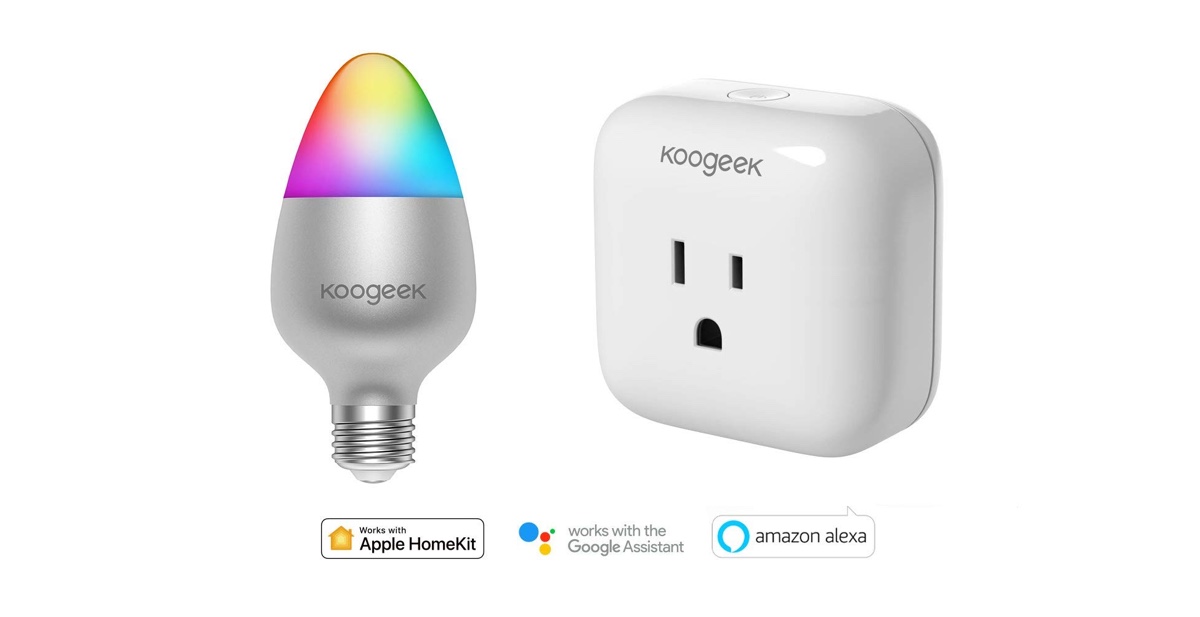 It's a great way to pick up some smart home accessories for yourself as Koogeek has the right deals  going on right now on its LED smart bulb and WiFi plug.

Whenever you throw in a 'hub' into the equation then smart home tech starts to feel a bit more complicated, forcing you to stick with one ecosystem while at the same time crowding up the space around your router. It's always great to grab accessories that rely on a simple WiFi connection alone to keep things as simple as possible. That's why these two deals from Koogeek are going to feel absolutely great as soon as you look at them.

The first deal is on the company's E26 8W color changing smart bulb that happens to work with HomeKit, Amazon Alexa as well as Google Assistant. That is a lot of flexibility to start off with. But that's not all, this bulb connects directly to your WiFi network and no hub is required in order to control it. If that doesn't impress you then you will be delighted to learn that you can cycle through 16 million colors on the fly.

The second deal is on the company's smart WiFi plug, allowing you to add 'smarts' to your dumb devices such as a regular lamp or even a coffee maker. Simply plug this into a wall outlet, then plug in your device, set the whole thing up and then use Siri, Alexa or Google Assistant for instant control. And oh, this device doesn't require a hub either. That's an epic win situation.

Both of these deals will expire on the 12th of this month therefore giving you ample time to decide whether you'll go ahead with the purchase or not.