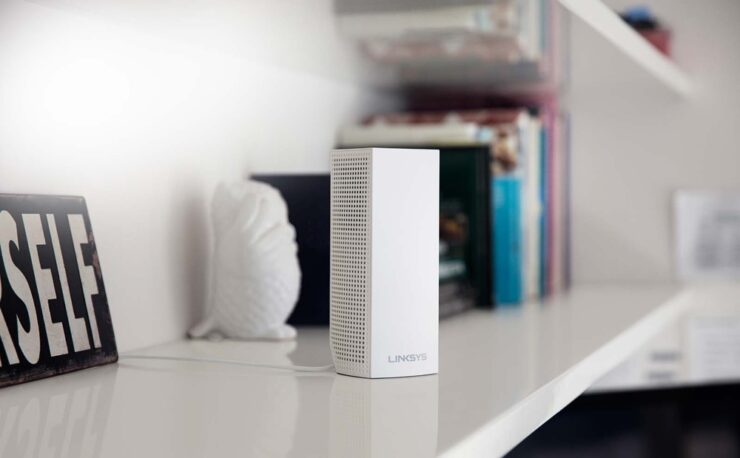 There's no better time to jump onboard the mesh WiFi train as the Linksys Velop system can be had for a mind-boggling discount right now.

As time is passing by, mesh WiFi systems are getting more and more common. Heck, even Nokia announced one yesterday at MWC 2018. So you you already tell how big the mesh WiFi phenomenon is going to be.

If you are going to get yourself a good system, however, then you have to pay good money for it too. Take the Linksys Velop as a good example. A 2-pack will set you back $349 while the 3-pack of it costs $479. That's way too steep for WiFi at home. Thankfully though, Amazon is now stocking manufacturer-refurbished units of the Linksys Velop, and the price difference is so massive that it puts everything out there to epic shame.

On the features end, the Velop is a tri-band system, meaning that devices will be able to access the Internet on an extremely clean channel every single time. It features two Ethernet ports at the bottom if you wish to hard-wire anything directly to the mesh point. Furthermore, if you get a 3-pack, then you can have WiFi coverage of up to 6,000 square feet.

As long as the stock lasts, you can grab a refurbished 2-pack of the Velop for $219 while the 3-pack will set you back $289. If you are not convinced how good this deal is still, then you'll be surprised to learn that the Velop is the only third-party WiFi system Apple sells directly in stores and on its website. And since this is manufacturer-refurbished unit therefore you don't have to worry about any problems at all as every single problem (if there were any) has been taken care of completely and everything is now up to spec, just how the manufacturer intended it to be.

So, what are you waiting for? Head over to the links below and get yourself into the mesh WiFi game.

Kick Off the Week With $30 Instant Savings on AirPods, Now Just $129