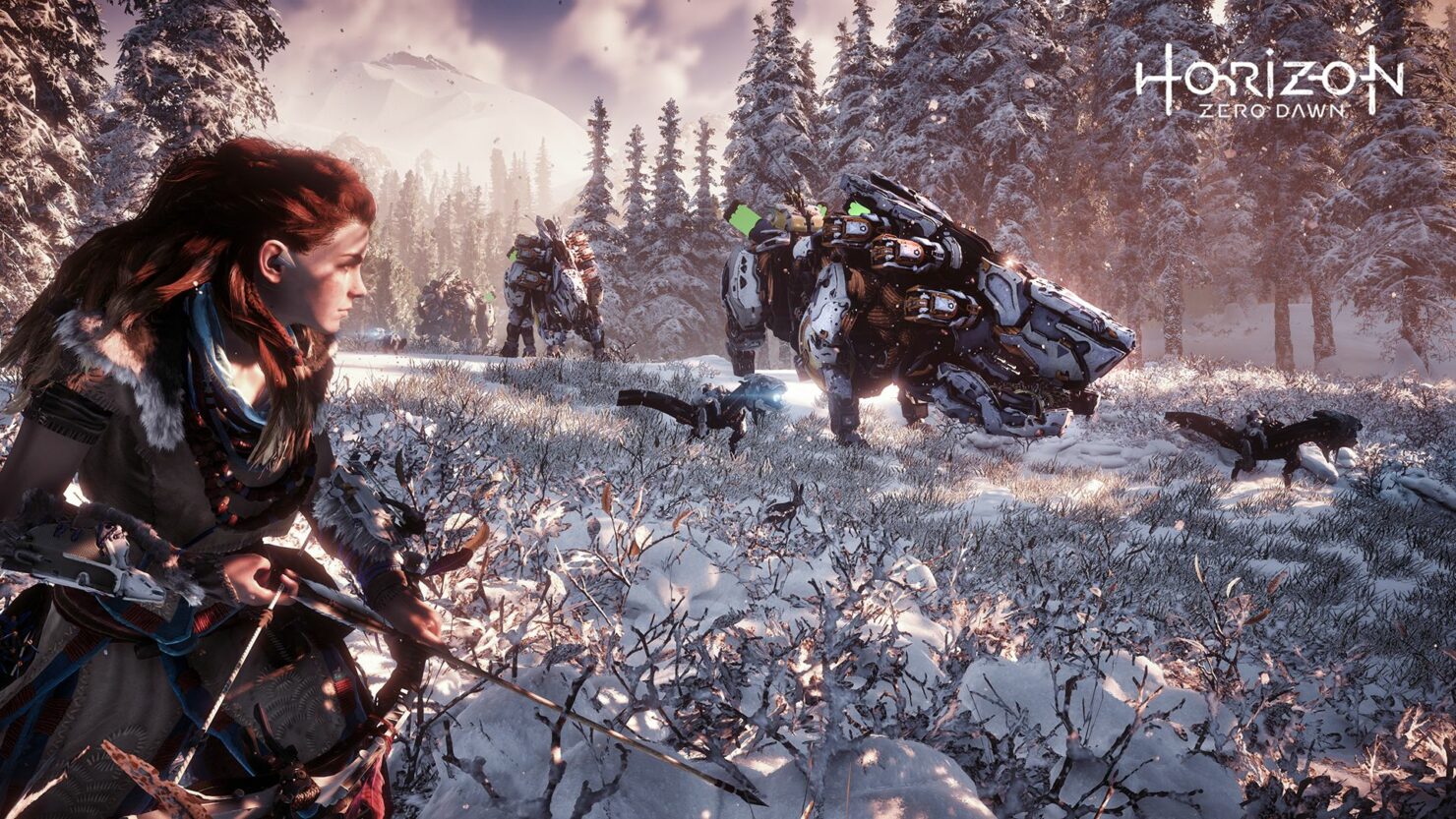 The EGX demo started with protagonist Aloy going into a village that had just been attacked by a corrupted Thunderjaw. One of the biggest mysteries in Horizon: Zero Dawn, according to Mashburn, will be to find out what's causing a lot of trouble by corrupting the machines and making them more dangerous and violent.

No one knows anything about the Corruptors, the machines that are going around and infecting the others. Then Mashburn dropped a fairly significant tidbit: this is somehow linked to Aloy's personal mystery and where does she come from. 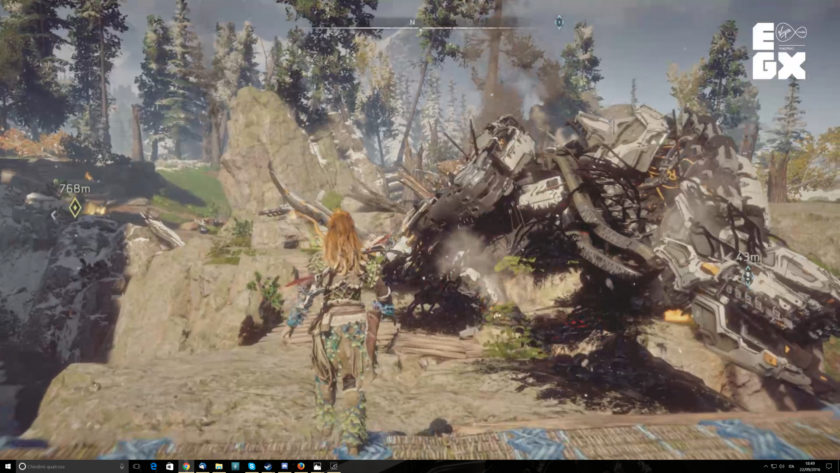 This would seem to suggest that Aloy is coming from the same place as the Corruptors, though that's obviously just speculation at this point.

Before going into combat, the EGX demo showcased a bit of the trading/crafting systems. In this case, Aloy bought a very rare (purple quality) slingshot weapon that fires elemental grenades with a big area of effect, a rare bow weapon capable of knocking parts off machines as well as a protective vest with additional protection against corrupted machines.

Mashburn said that all items can be modified and improved through a socket system, which will be familiar to RPG fans. 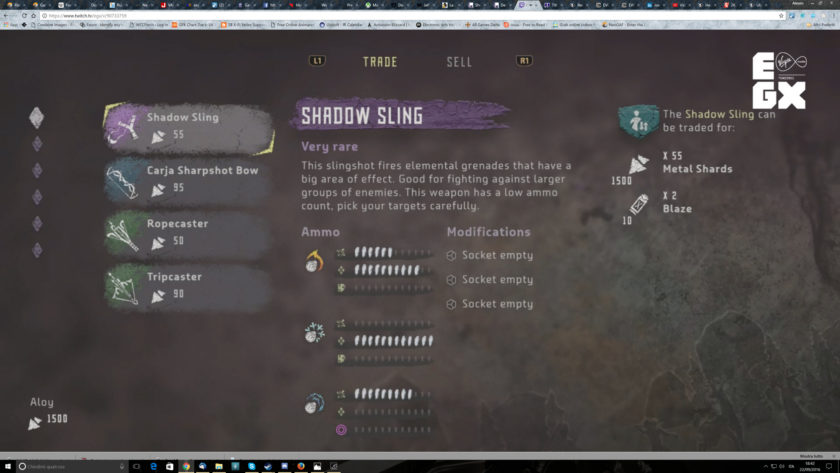 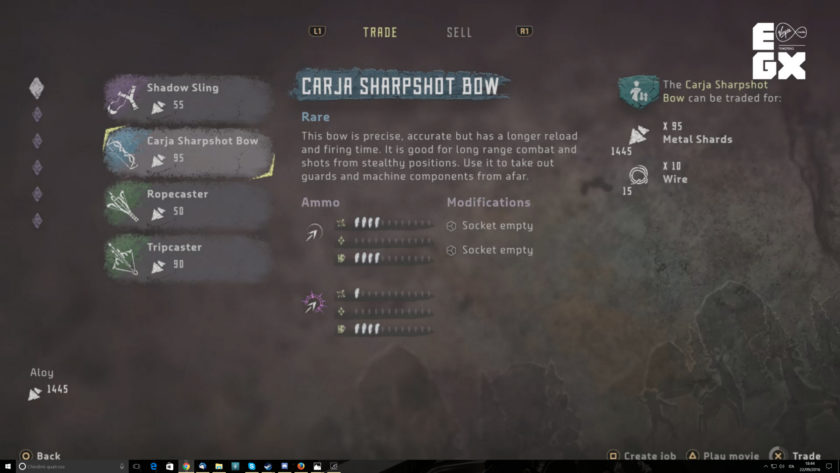 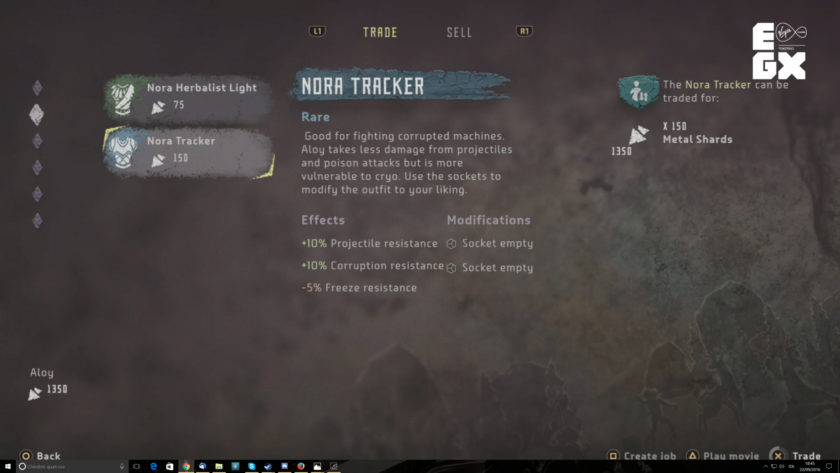 Horizon: Zero Dawn will be a full open world from the very beginning, allowing players to explore the world as they see fit. The interface will point out nearby quests and points of interests as you can see in the image below. 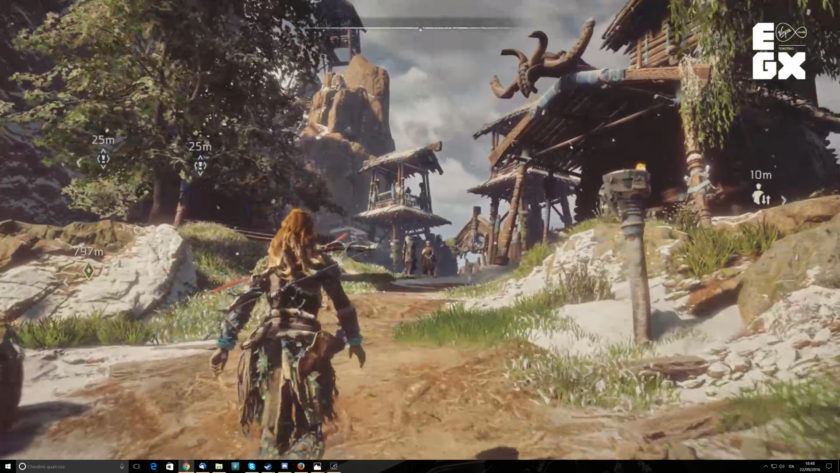 The EGX demo then moved on to combat and Mashburn revealed that four weapons can be active at the same time and swapped on the fly. Moreover, every weapon in the game can be used by Aloy while riding a mount, with the obvious advantage of speed.

Horizon: Zero Dawn looks more interesting with each demonstration and, at least according to Guerrilla's boss, it's a huge game. We'll have a hands-on preview after trying the game at EGX soon, so stay tuned; in the meantime, check out once again the PS4Pro powered 4K images and trailer.