The week is coming to a close and Apple has revealed its free App of the Week, and the honor goes to HoPiKo, which is an awesome platformer game for iOS. 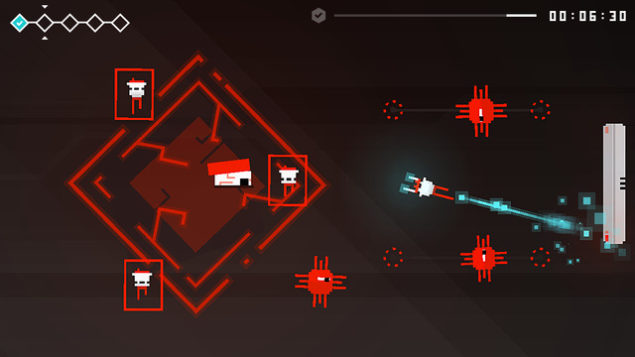 HoPiKo Is Apple's Free App Of The Week - Download Away!

Costing just $1.99 on a regular day, HoPiKo is an interesting little title that will surely keep you busy for hours, if you happen to find its true entertainment value, which we're sure you obviously will as you download and try the game on your iPhone, iPad or iPod touch.

According to the App Store's description:

HoPiKo is an intense speed run platformer where you get to save gaming. Jump from platform to platform avoiding death, exploiting shortcuts and ripping through 100s of hand-crafted levels, each one dropped into a 5-stage mini run designed to break your mind!

Compete to be the fastest in the world with time based scores, level pars and collectable retro consoles opening unique bonus runs.

- Uses every ounce of your muscle memory

- Unique touch screen controls, not a d-pad in sight

HoPiKo is a universal game app, compatible with most iPhone and iPad models.
For best performance we recommend iPhone 5 or later.

The best part about the game is that it works on every iOS device upon download. In other words - it's a universal title, tailored to work on all screen sizes with only one download.

If you're willing to give HoPiKo a shot right away, then you can download the game direct from the App Store. Or, you can simply click on this link to go straight to the App Store page without much hassle.

Having given the game a shot on our iPad Air, we have to admit, HoPiKo is an interesting little title. And we highly recommend that you give it a try on your device as well. Also given the fact that the title features amazing graphics, we recommend that you play it on a device that has a large display, or at least an iPhone 6 / 6s Plus.

The game is free for one full week after which it will come back to its original price of $1.99, and even if you don't plan on playing this little title, there's no harm in just trying it out for the sake of it.

Here's a little video of HoPiKo showing off gameplay.