HITMAN Producer: Co-Op Is Very Appealing, But We Need the Right Idea To Make It Work 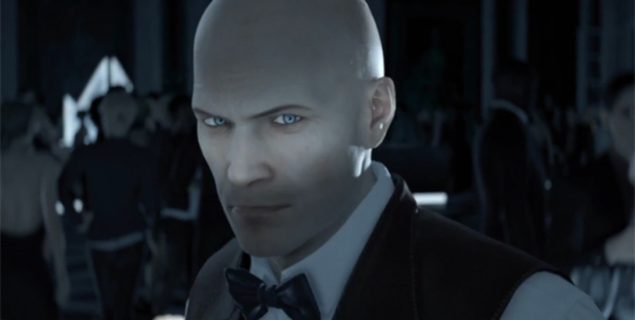 HITMAN, or at least its Intro Pack, is scheduled for release on March 11 for PC, Playstation 4 and Xbox One. Metro GameCentral managed to interview Studio Head and Executive Producer Hannes Seifert about the game, and one particular highlight is that IO Interactive did have an internal discussion about adding a co-op mode to HITMAN. This time it won't be featured, but that's not to say it will never be as Seifert described the concept as very appealing.

Trust me, we’ve had this discussion. [laughs]
Yes, it’s very appealing but we need the right idea to work. Like the Hitman Go on tablets, it needs to fit the actual gameplay.
I don’t think every game has to be the same. It gives you the opportunity to stand out. We shouldn’t do a player versus player mode just because it’s fashionable. I think we’d rather like to set trends rather than follow them. And I think with our triple-A episodic release, with this strong live focus, I hope that we set a trend. And let’s see how many follow.

It's definitely good that they have this approach, as far too many games nowadays just follow trends without even adding anything meaningful to them.

HITMAN is described as a "truly episodic game experience with a major live component". The developer explained today what exactly this live component is.

The Contracts that are available for a limited-time are what we call Elusive Targets. An Elusive Target is the closest thing to the Hitman fantasy that we've ever created. These targets will be custom-created characters that are added to existing locations and are only there for a limited time in real-time. You'll only have one chance to take them down. If they escape, they are gone for good. If you kill them, that's the way that you killed them. There are no do-overs and no second chances. When an Elusive Target leaves the game world (one way or another) they never return.

Each Elusive Target will have a custom briefing video, a backstory and a unique reason for being in that location. When you're actually playing in the location, the Elusive Target will not appear on the map and will not appear in Instinct. In order to find them, you'll need to use clues from the briefing video and a photograph that you will be able to review. You'll need to explore, find your target, learn their patterns and come up with a plan to eliminate them - all whilst playing. The pressure will be on when you've got the target in your sights. If you miss the shot and chaos breaks loose, you will need to have a plan B, because the save-game is disabled during an Elusive Target. If you kill the wrong person or die when trying to exfiltrate, that's it. Game over, the target escapes.

As the season unfolds, you’ll earn in-game rewards for completing multiple Elusive Target contracts. The rewards are signature suits from previous Hitman games and versions of those suits with gloves. There’s also a version of the signature suit from the new HITMAN with gloves.

We know that Elusive Targets are not going to be easy, they were designed that way.

Escalation Mode has a strong focus on having fun with the game mechanics and mixing them up – pretty much anything goes in this mode. It’s more about being playful than realistic. For each Escalation Contract, there are five stages and you're free to replay them as you wish to climb the leaderboards. As with Elusive Targets, the save-game functions are disabled.

All Escalation contracts and Elusive Targets are created by IOI and will be released between the location releases as part of the live content.

On top of those new features, we also have Contracts Mode. You'll know this from Absolution. Play-to-create, mark your own targets, choose how to kill them and compete against your friends. IOI will also pick the best of the bunch and put them in the Featured Contracts list so you've got something fresh to play whenever you load up the game.

Additionally, we have the ambition of adding community-inspired challenges into the game. As you'll have seen from the recent Beta period, the game is full of challenges you can complete to prove your mastery of a location. We are looking into creating new challenges that we can periodically add to the game. These challenges will be an homage to some of the more elaborate, amusing, difficult or creative feats that we see our players complete. As an example, one of the first ‘live challenges’ we are looking at creating is called “Hammer Time” and was inspired by a ‘2AngryGamers’ livestream[www.twitch.tv] of our PS4 Beta, where they used only a hammer to knock out almost every guard in the ‘Final Test’.

At this stage, Community-inspired challenges (or whatever we actually decide to name them) are just one of the ideas we are working on to keep the game fresh and live as we go through the season. These are not a guaranteed feature but something we’re testing and trying out.

All of those things are part of the live component of HITMAN. We'll be watching and listening to what you do in our game world and want to shape that world to what you've already done in it.

If you pre-ordered the game, you can try the HITMAN PC beta which just went live on Steam (a PS4 test happened last week).