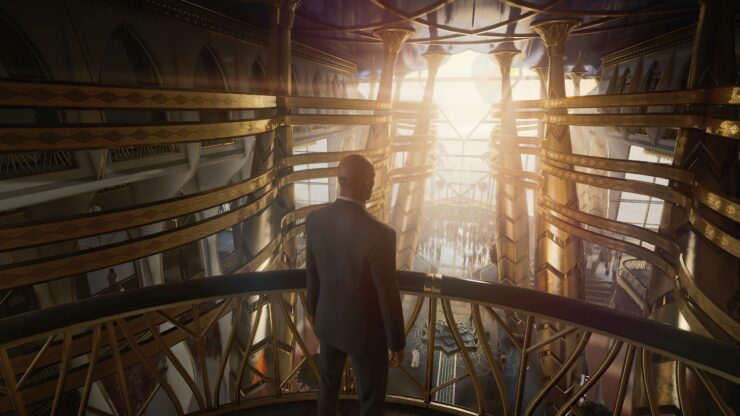 HITMAN 3 was announced last month to be coming in January 2021 to PC, PlayStation 4 and PlayStation 5, Xbox One and Xbox Series X by developer IO Interactive.

We still don't know much about the improvements planned for this third and last entry in the trilogy, but Game Director Mattias Engström talked a bit to PlayStation Official Magazine (issue 178, September 2020) about the game's technical improvements on the PlayStation 5, particularly the 'blitz-fast' load times that inevitably encourage the game's inherent experimentation gameplay loop.

HITMAN 3 is going to mark yet another big leap forward for our technology, driven and inspired by the capabilities of the PlayStation 5. It's an extraordinarily complex game that has multiple systems running at the same time that support each other constantly, so having more power to play with gives us more options and lets us do significantly more.

HITMAN is a game about experimentation. We invite the player into a sandbox, and we let them experiment the way they want,. Therefore, we see the save/load as an important feature to encourage just that. The blitz-fast load times we are seeing on the PS5 makes it the perfect home for the HITMAN trilogy, encouraging experimentation more than ever.

However, it doesn't sound like there will be ray tracing reflections, as later on Engström focused on praising the enhancements made to screen space reflections in this new game.

We've been very careful about choosing our locations for HITMAN 3 to take you on a journey and for them to line up thematically with where you are in the story at the time that you encounter them. I am staying completely away from spoilers, but we've got some locations that are going to be extremely memorable and a big part of that is thanks to our environment and lighting artists.

Specifically, screen space reflections are truly pushed to the limit in HITMAN 3. These improvements will be added across the trilogy. The other day Dag, one of our tech artists, showed me some before and after shots on the Paris fashion show and the difference in quality was mind-blowing to me.

We'll see if there is any form of ray tracing support in HITMAN 3 once it ships early next year. Until then, stay tuned for more on this upcoming game.