Hellblade Confirmed For 2016 Launch; PC & PS4 Releases To Be Simultaneous 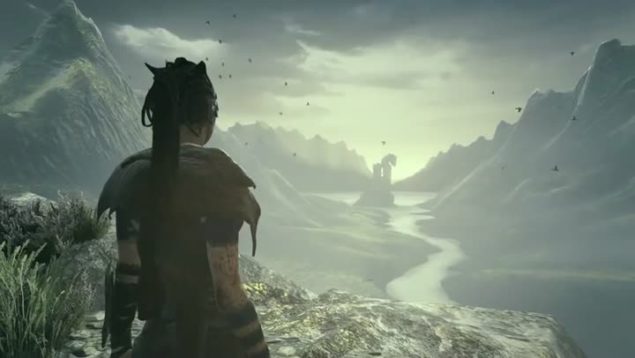 UK developer NInja Theory today confirmed Hellblade for a 2016 release. In a previous tweet, they also mentioned that PlayStation 4 and PC versions of the game will be out at the same time, contradicting previous rumors of a timed exclusive for PS4.

Yes. #Hellblade will be released this year. https://t.co/Vz71CmJEjK

#Hellblade is coming to PlayStation 4 and PC at the same time. https://t.co/4L9TfZQfOy

Hellblade has been described by the studio as an independent AAA game. Senua, the game's protagonist, embarks on a personal journey in the titular hellish world which is actually a manifestation of her mental illness, a topic that Ninja Theory mentioned will be central to the game.

Of course, given Ninja Theory's pedigree (Kung Fu Chaos, Heavenly Sword, Enslaved: Odyssey to the West and DMC: Devil May Cry) we can expect kick-ass action combat to be featured heavily.

The team already published 19 developer diaries and you can check them all in this YouTube playlist.

You can check even more about Hellblade (which earned itself a Special Mention among our Most Anticipated Action Adventure Games) on the official website, though it's not the only project Ninja Theory is working on.

Happy New Year! In 2016 we release our first independent game in #Hellblade & continue work across a number of exciting projects!