Destructive Creations announced that their controversial shooter Hated is set for a June 1st release.

"Fun fact is that we wanted to release it on May 19th, but our team will be occupied with playing The Witcher 3 at the time. :D"

Destructive Creations business developer, Przemysław Szczepaniak, explains regarding the controversial nature of Hatred, and whether it was intended from the start:

From the start, the idea of Hatred was supposed to be like it is now. I mean, we somehow knew that the media and some people would find it disturbing and shocking, but we also felt that gamers need something like Hatred, because the market is filled with too many sterile and far too polite games. A little bit of dirt and murky atmosphere never hurt anyone. As you have seen lately, gamers have rushed into support this project, with amazing numbers of Greenlight votes. So if there is a need for such games, we feel that we did the game concept well.

Talking about the main character in Hatred Szczepaniak clarifies:

No, he doesn't have any story – he is out of his mind and he hates the world. Just like any other psychopath, he only wants to watch the world burn.

Talking about games being held back because of fear of controversy:

It is possible. I mean, take a look at our case – after the trailer release, we've been attacked, hated, banned, pulled off Steam... but finally we went to the top. If we had been afraid to create Hatred and held it back, we would never have known what would happen to the project.

He continues to talk about Hatred:

Hatred shows a disturbing atmosphere and murky gameplay. By playing it, you will expose your mind to a totally different experience. You will go into the mind of a maniac and you will play him. If you are a healthy and balanced person, you will know that Hatred is a game with fictional characters, and you will know that it will not harm you or anyone around you. It will be your choice to play it, and it will be up to you what conclusion you will get out of the game. 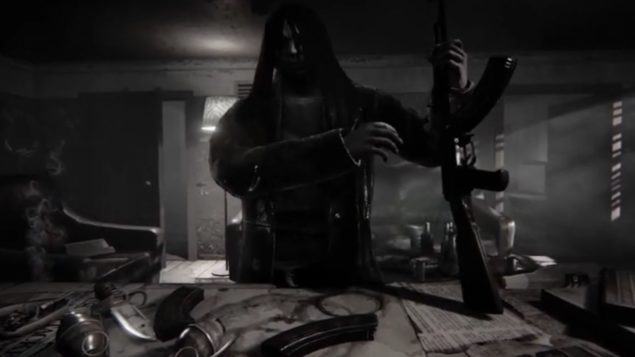 The developer described Hatred as a reaction to video game aesthetic trends such as political correctness, politeness, vivid color, and games as art. Its October 2014 announcement trailer was characterized as "controversial" by multiple video game bloggers. The game was shortly removed by the Valve service Steam Greenlight due to its violent content but was later brought back with a personal apology from Gabe Newell. It was then successfully greenlit on December 29, 2014.

Hatred is using the Unreal Engine 4, and it will be available on June 1 2015 for PC. Be sure to checkout our previous coverage of Unreal Engine 4 projects here and here.