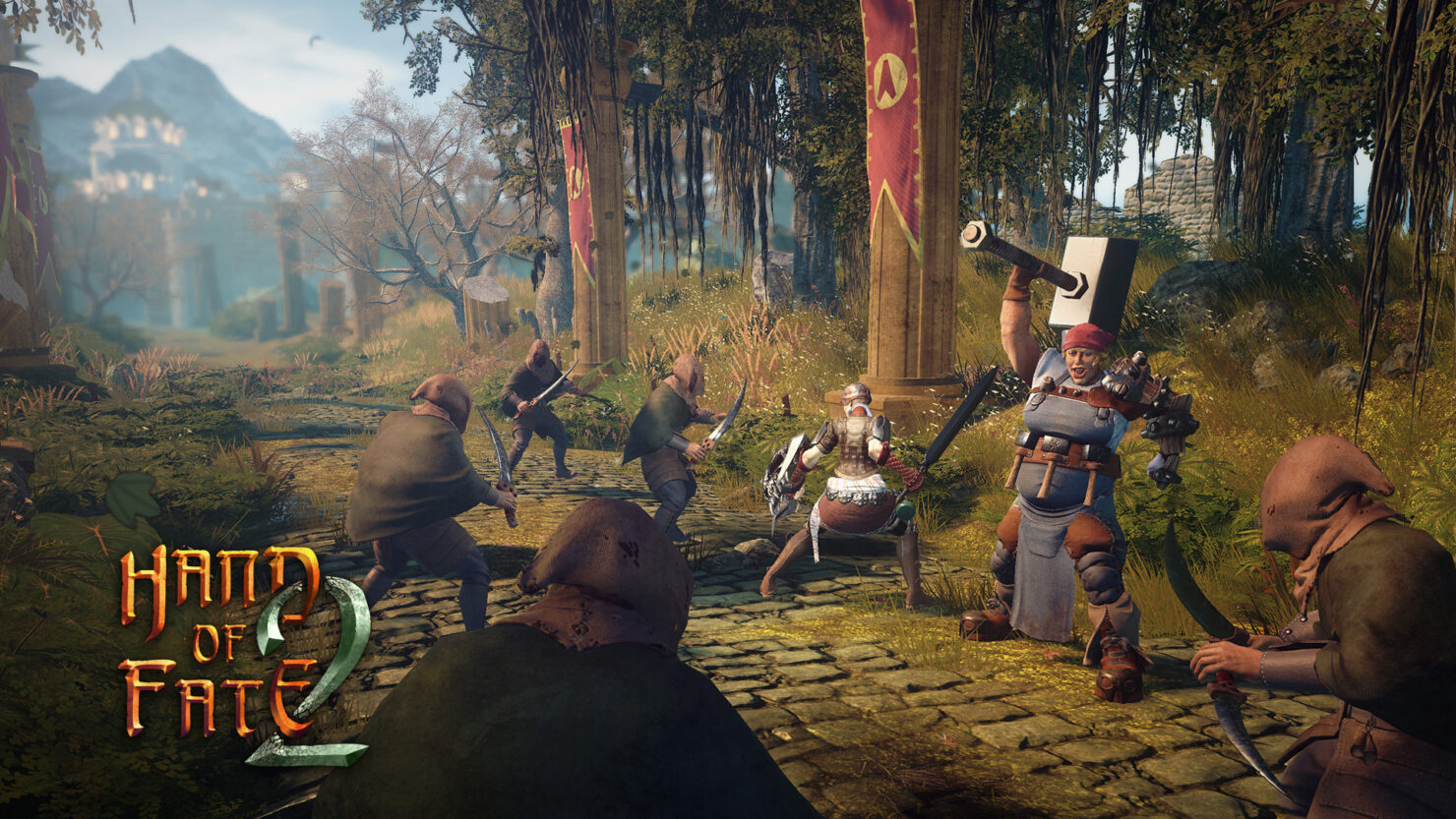 Hand of Fate 2, sequel to the action RPG/roguelike/deck-building game, is finally about to be released. We managed to have a quick chat with Defiant Development's Communications Manager Lee May to pinpoint the game's technical specs ahead of the launch date, scheduled for PC (Windows/Mac OS/Linux), PlayStation 4 and Xbox One on November 7th.

The game was supposed to launch in early 2017. Why the delay? Did you add content or just polished Hand of Fate 2 in the meantime?

It ended up being a bit of both. At the start of the year, we allowed members of the community to take part in a months-long preview event to help us test Hand of Fate 2.

The feedback we got from that was incredibly valuable, but it also convinced us that we’d be best served pushing back the release to refine the game. Combat responsiveness, encounter balancing, and the presentation of our minigames - these were all things we addressed as a result of the preview. That extra time also allowed us to go in and add more card synergies, more side-stories, and more responsive encounters to the content we already had in place.

You are launching on November 7th - on the same day of the Xbox One X console. Was this a deliberate choice on your end? Did you talk to Microsoft about it?

It was kind of a happy accident. The Xbox One X launch lined up really nicely with the release window we were looking at for Hand of Fate 2, and since we had full 4K compatibility, it made sense to be there for the console’s launch.

The recent press release mentioned 4K resolution on Xbox One X. Is that native resolution and what's the targeted frame rate? Are there any other graphics enhancements exclusive to this version?

We’ve got a couple of modes on the Xbox One X - Native 4K and 1620p. They can be locked to solid 30fps or unlocked (with framerates ranging from 45-60fps depending on resolution). Our unlocked FPS mode uses adaptive vsync to handle screen-tearing. Xbox One X owners will also see a bunch of enhanced image effects.

Are there going to be PS4 Pro specific enhancements for Hand of Fate 2 and if so, how will they compare to the Xbox One X version?

The PS4 Pro has the same graphical enhancements over the standard consoles that the Xbox One X has. It targets 1620p when connected to a 4K screen, or 1080p on a lower-resolution monitor. Like the Xbox One X, it has both locked 30fps and unlocked FPS modes, and adaptive vsync when unlocked.

During our previous interview, you said that you were hoping to bump the frame rate on the original PlayStation 4 and Xbox One consoles to 60FPS. Were you able to achieve that goal?

We looked into it, but couldn’t do it without reducing the graphical fidelity to a point we found unacceptable. We’ve got a solid 30fps on the original consoles, though, and players will find the performance a vast improvement over Hand of Fate 1.

You also didn't completely rule out a port on the Nintendo Switch. Is that still a possibility later down the road?

Definitely a possibility, but we’re not promising anything yet. The Switch is very popular around the studio and we recognize that the mobile format is a lovely fit for Hand of Fate’s gameplay. We don’t have anything to announce on the platform at the moment, but it’s definitely something we’re investigating. There are a ton of fantastic indies on the Switch right now, and we’d love to join them.