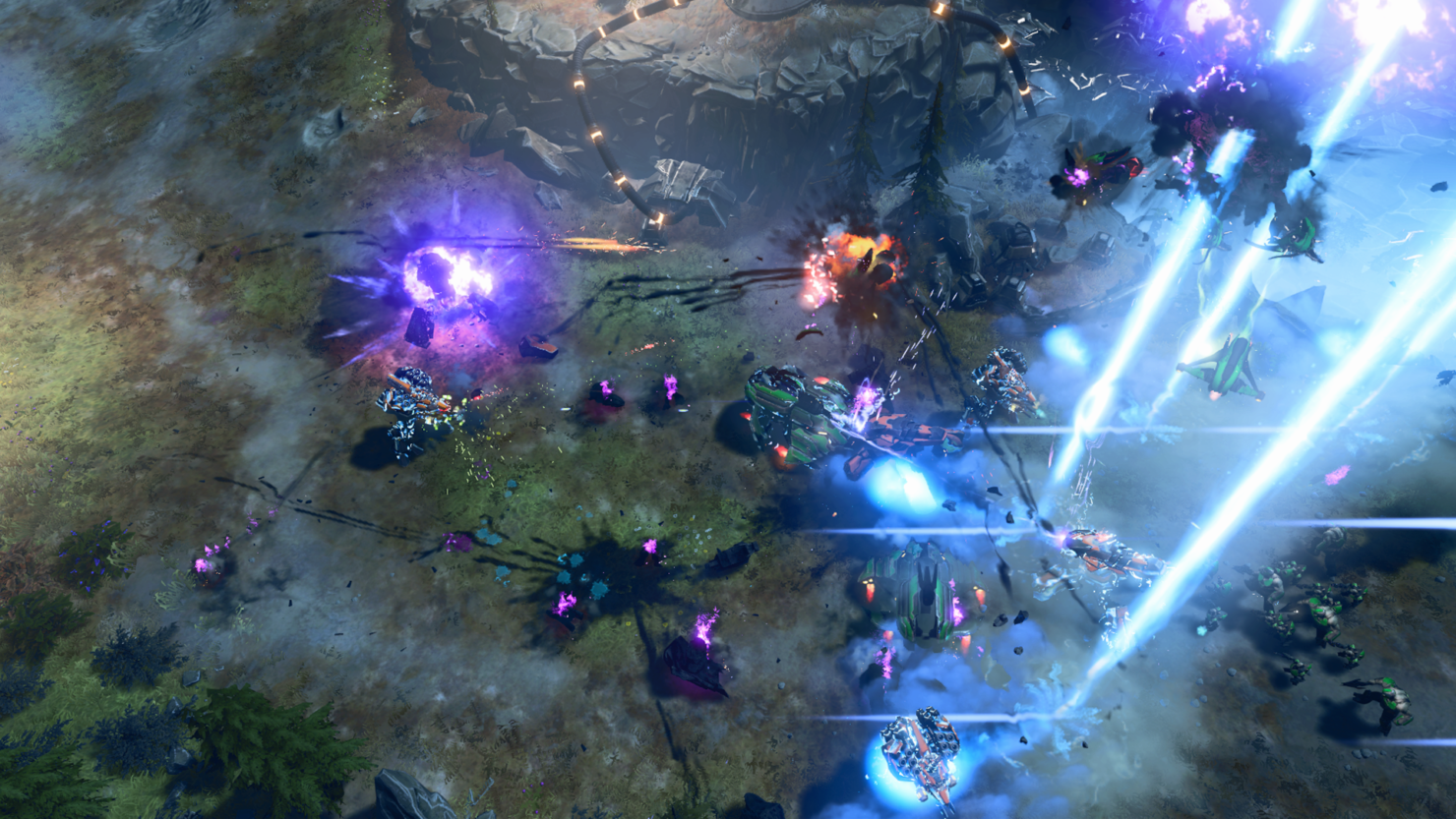 Halo Wars 2, the strategy game currently in development by 343 Industries and The Creative Assembly, is still far from release on PC and Xbox One, but we have started seeing more of it in action since a few months back. The game was also one of the many that have been shown during this year's PAX West, and a new gameplay video taken during the event has surfaced online a few hours ago.

The new Halo Wars 2 gameplay video, which can be found right below, showcase the campaign's first mission, so it's a very good watch for those who want to learn more about the upcoming srategy game without getting spoiled too much.

Some new Halo Wars 2 screenshots have been made available last month in time for Gamescom 2016. The screenshots focused on both the single player campaign and multiplayer mode, showcasing beautiful battlefields and plenty of intense warfare.

Halo Wars 2 is one of the many titles which will launch on Windows 10 PC and Xbox One in the near future. Unfortunately, the game will not include any cross-platform play feature, most likely due to the lack of mouse and keyboard support on Xbox One, but it will allow players to use the same save file for both versions of the game, unlock achievements regardless of the platform and more. While Halo Wars 2 won't include any sort of cross-platform play, the team is considering it for future entries., as revealed by 343 Industries's studio head Dan Ayoub in a recent interview.

Halo Wars 2 launches next year on PC and Xbox One. We will keep you updated on the strategy game developed by The Creative Assembly and 343 Industries as soon as more comes in on it, so stay tuned for all the latest news.