Halo: The Master Chief Collection Will Have Cross-Progression; Cross-Play Being Evaluated 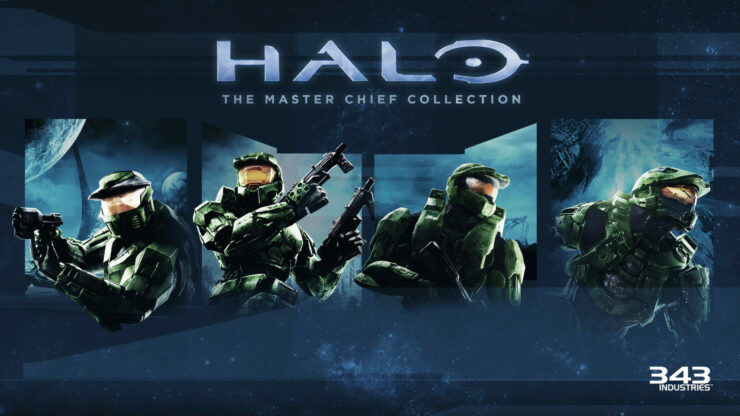 Halo: The Master Chief Collection didn't have the best of debuts when it launched. However, the developers at 343 Industries have kept working on it to fix its outstanding issues and even to add new features and content.

In March they revealed that Halo Reach would be added to the collection, which is also due to come soon on PC as requested by so many fans of the franchise.

You might be wondering what that means for cross-progression and cross-play. Luckily, earlier today Halo Community Director Brian Jarrard clarified all that via Twitter.

Progression, unlocks, stats, etc.. will carry over between PC/console. In terms of playing together cross-platform, currently not planned for launch but it's something the team is accounting for and will evaluate over time.

There's no word yet on when Halo: The Master Chief Collection will land on PC, but you'll be able to get it from both Microsoft Store and Steam. We'll let you know once the official system requirements are finalized, of course.

For the first time ever, The Master Chief’s story comes to PC. Featuring Halo: Reach along with Halo: Combat Evolved Anniversary, Halo 2: Anniversary, Halo 3, the Halo 3: ODST Campaign and Halo 4, this is the definitive Halo experience.

Honoring the iconic hero and his epic journey, The Master Chief’s story is brought together with a total of 67 campaign missions plus more than 120 multiplayer maps (including the original Halo Combat Evolved maps) and Spartan Ops maps. Now built for PC with mouse and keyboard support and up to 4K UHD and HDR, this is the collection Halo fans have been waiting for!

In related Halo news, we recently interviewed Kiki Wolfkill, Head of Transmedia efforts for the IP at 343 Industries. She told us the developers are very excited to 'shepherd' a new generation of fans with projects like Halo Infinite (which we expect to see again in greater detail at this year's E3) and the Halo TV show scheduled to air on Showtime.

Halo: The Master Chief Collection Brought Tons of New Players to the Series

Halo Infinite No-Showing the VGAs, “High Level” Update to Restart the Hype In a Few Weeks