The latest Halo installment has been released in late October exclusively for Xbox One, featuring the brand new Warzone mode in multiplayer. In Warzone, up to 24 human players join the battle in maps up to four times larger than any previous Halo map; there are two variants of Warzone, one of which even includes AI opponents making the fight even more chaotic. 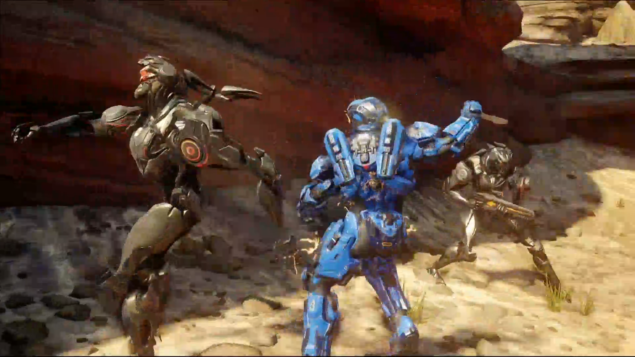 This mode has been promoted a lot since before launch as the "casual" way to play Halo 5 multiplayer, opposed to the Ranked Arena matches. However, there's a large crowd that would like the ability to join Halo 5 unranked playlists, and this became a hot debate on the Team Beyond forums.

Eventually, 343 Industries' Executive Producer Josh Holmes (registered as Sal1ent on the board) replied that Halo 5 unranked matches are coming to the game:

There was no insidious motivation behind going all ranked for Arena. That was the design intent of the team working on that experience. That said, we've heard the requests and we are actively working towards supporting unranked playlists for Arena in a future update. It may seem straightforward on the surface but lighting up unranked play in Arena is not as simple as flipping a switch.

TLDR; We hear you, and are working on it.

This should certainly make some people happy. Holmes is also very active on Twitter, by the way, and there he confirmed that a fix for an exploit in Warzone Assault (the variant without AI) is coming.

@elmusix96 We have a fix in the works.

In related news, the first free content update titled Battle of Shadow and Light has been released a few hours ago, with the main addition being the Big Team Battle mode.