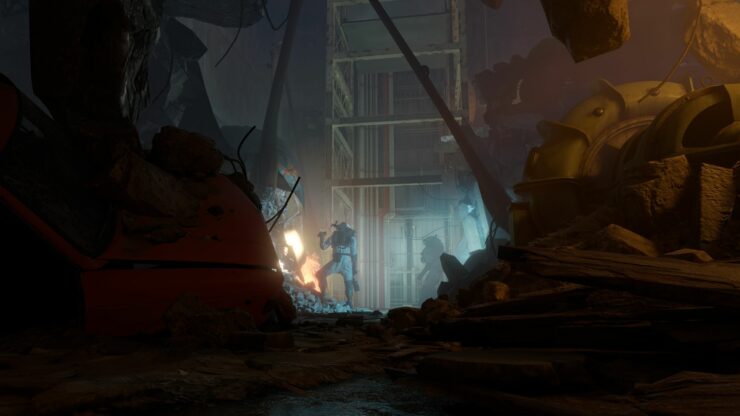 It didn't take very long. In just five days, Half-Life: Alyx has become playable without a VR headset and with mouse and keyboard controls.

The first Half-Life: Alyx is still very rough around the edges, as it uses Half-Life 2 models for weapons and jumping doesn't work properly. Still, this is a great way for those without a VR headset to enjoy the first entry in the series in a very long time.

For the mod to work, players will have to install these files and follow the instructions shared by Icedwhisper in a video that you can find below.

Please make sure you add them AFTER the quotation marks!

There are some limitations to this, such as not being able to see the hands, which can be fixed by using the command: vr_enable_fake_vr_test 1

But by using this command, collisions get turned off and you are unable to walk on the floor.

You can also enable weapons by using the following command: impulse 101

I'm going to try and find ways to fix all these issues, until then, you're going to have to play like this! p.s: Some objects can't be interacted using this method, I'm trying to fix it and will post a video soon after I find a way to do it!

The release of a no VR Half-Life: Alyx mod was something that Valve anticipated. According to designer Robin Walker, no VR mods will make players understand why they made a VR game.