While Sony is getting a kick out of the immense success of its latest PlayStation 4 console, hackers are busy trying to break the code and find a tractable way into the system, and it looks like they have already done the trick. Following the PlayStation Vita webkit exploit that was released almost a week ago, two hackers have now successfully released PlayStation 4 webkit exploit by working on, and extending the hack that was used on Sony’s handheld console. The latest webkit exploit breaks the current firmware 1.76 of the PlayStation 4 through a vulnerability found in the web browser of the console. 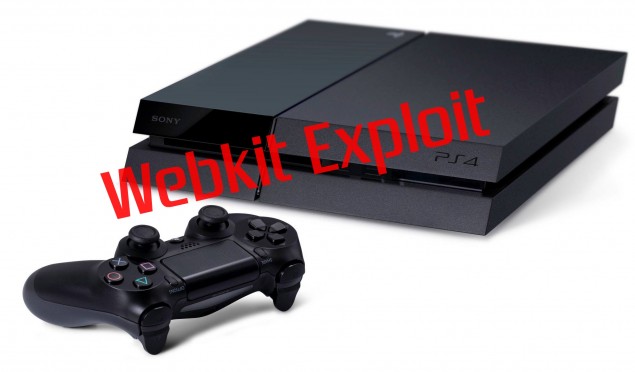 It looks like the first step towards the hacking point of Sony’s latest video game console has been taken. Almost a week ago, an ex-PSP hacker, called Davee, managed to break into the PlayStation Vita console and develop a first native hack, known as webkit exploit, for the handheld. Now, after working on the same hack, developers nas and proxima have managed to develop a similar webkit exploit and make it compatible with the latest PlayStation 4 console by breaking into the firmware 1.76 that is currently running on the system.

Although PlayStation 4 webkit exploit is developed parallel to the PlayStation Vita exploit, it actually works in a very similar way. Wololo has published the proof of concept of the exploit, which provides several samples and allows users to check if their console is vulnerable. The tools it comprises of include downloadable dump modules and script to create advanced ROP code that could pay off in the right hands. The code itself looks perfectly legit, as the developers who are responsible for this webkit exploit have a notable track of record in console hacking. It looks like it won’t be long before users start to confirm the exploit’s validity.

The PlayStation 4 webkit exploit is actually a vulnerability found in the web browser of the console running on the latest firmware 1.76, and just like the PlayStation Vita’s exploit, it will not be very useful to end users. However, it does provide some basic tools that developers can use to explore its functionality and come up with something new. This exploit is the first step towards the PlayStation 4 hacking point ever, so it comes as a massive breakthrough.

The publication of the new exploit coincides with the announcement of the official release date for the PlayStation 4 firmware 2.0 update that is currently known as "Masamune”. The exploit has been rumored to be patched in the upcoming update so it is needless to say that if you plan on checking the hack for yourself, it might be wise not to update your console. 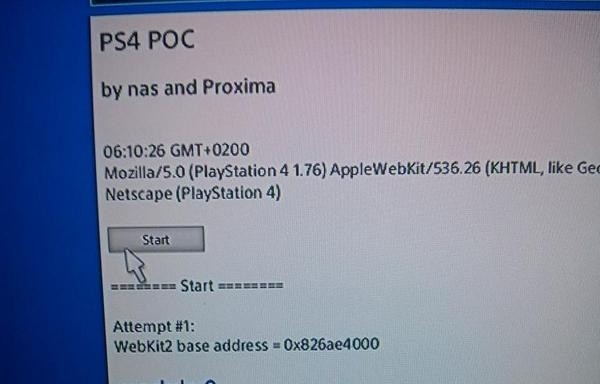 If you already willing to check out the hack, you can download all the PlayStation 4 webkit exploit files, sources etc. provided by nas and proxima form here.