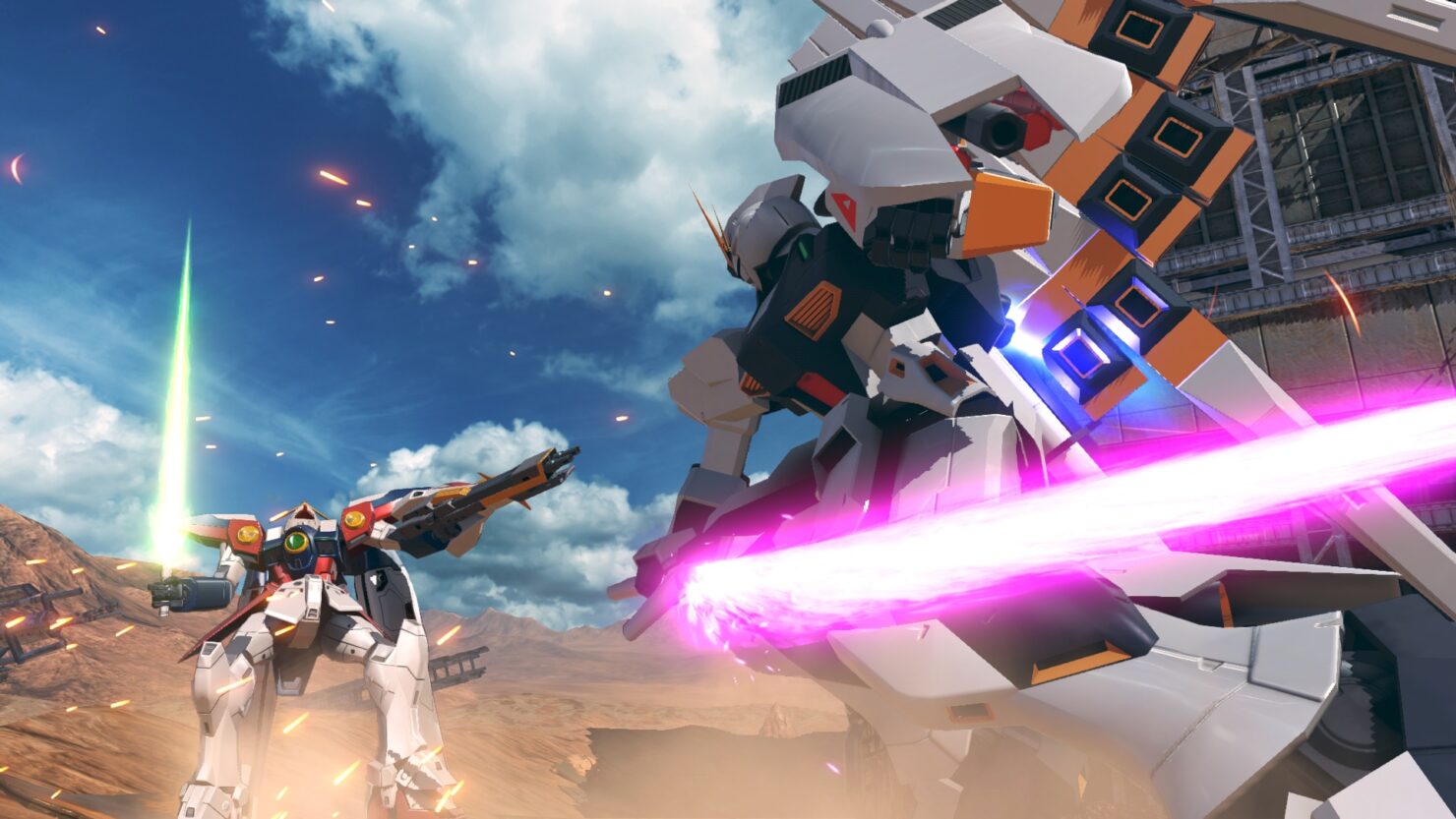 Bandai Namco surprised everyone by announcing that Gundam Versus would be available in Western countries, too. It had been a long time since the 3D fighting game, very popular in Japanese arcades, reached Western shores.

Gundam Versus is due to be available on September 29th for Sony's PlayStation 4 console. We reached out to the developers to learn whether they were planning any enhancements for PlayStation 4 Pro owners and this was their reply:

You can enjoy this title with higher quality graphic compared with that of normal PlayStation 4 although it isn’t equipped with 4K quality properly.

While Gundam Versus won't be optimized for 4K resolution, then, PS4 Pro owners should still get some kind of graphics enhancement. It's hard to say whether that will be in the form of increased resolution such as Hellblade's 1440P, or additional anti-aliasing, improved texture quality et cetera - though we'll know soon enough, with the game due to release in a month and a half.

We also asked whether the studio had any plans to release the game on PC or other consoles, and the reply was that while there is nothing to announce, the developers would like all players to enjoy this title. We'll see if that translates into future ports or not.

Gundam Versus will feature 94 mobile suits to choose from and the following game modes.

Solo play: Enjoy and practice the battle
Free battle: Fight against the CPU, setup your mobile suit, team information stage, BGM and much more.
Trial Battle: Take on the challenge of up to 10 missions and gigantic bosses in new, original story scenarios.
Ultimate battle: Fight for survival against waves of CPU opponents – available in multiplayer mode as well.

Multiplayer: Invite your friends to join the battle
Casual match 1VS1/2VS2 or 3VS: Increase the number of opponents/allies and fight against/with them.
Ultimate Battle: Trigger this mode destroying a specific amount of units and join up to 6 players online
Player match Custom Rooms: Create your set of rules and customise your online experience.
Ranked Match: Worldwide matching: Fight against players with the same rank as you.

Gundam Versus Review – Gun-Damn, This Isn’t What I Hoped For

Gundam Versus Confirmed For The West, To Release This Autumn on PlayStation 4