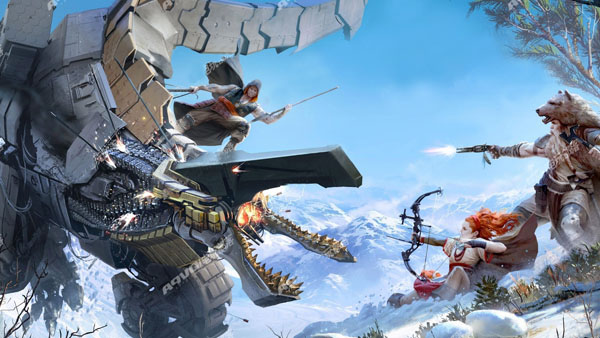 Dadenji worked extensively on the systems that allowed The Witcher 3: Wild Hunt to work.

No information has been shared regarding the game so far, but a new job listing, reveals a few details of what the team aims to achieve in their new game. The project is said to have the working title 'Horizon', and judging from the leaked image below, the game will feature an interesting Sci-Fi/Fantasy theme.

A few months ago the development team was looking for an Animation Systems Programmer, to "improve and extend the animation technology" of Guerrilla Games. Certain other aspects like character movement, character interaction with the environment, facial animation and in-game cut scenes, seem to be of importance.

Guerilla Games could be creating something truly exciting, and It's very probable that a reveal could be coming at Sony's E3 2015 press conference on June 15.

We will bring you any new information on Guerilla Games and their 'Horizon' Project, as soon as it becomes available. E3 2015 Live Streams and Press Conferences are available here.