So it's quite obvious that MSI got too excited about their new Twin Frozr V cooler design and decided to give us a taste. The all new Twin Frozr V cooling features a unique look with a blend of red and black. The aggressive style resembles MSI's latest gaming series of motherboards. 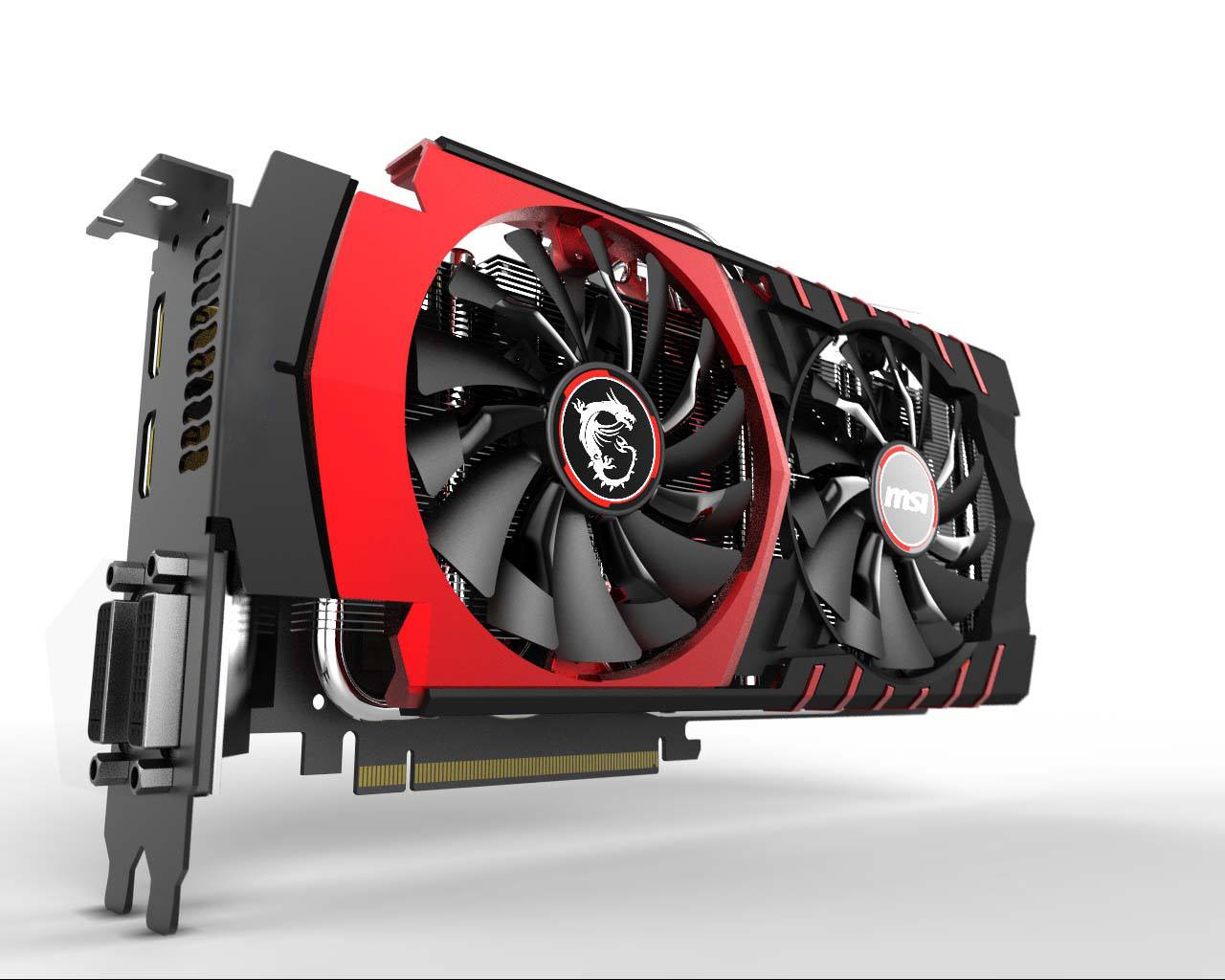 The new cooler features dual 100mm propeller blade fans designed to suck in cold air and blow it on quite a large heatsink assembly carrying 5 heatpipes. The new design will continue to utilize MSI's dust removal technology which works by letting the fans spin in the opposite direction for a few seconds once the computer is turned on to remove any settling dust.

The heatsink we're told is very similar to the one used in the GTX 780 Ti and R9 290X Lightning cards but MSI opted to equip it with a dual fan setup rather than three fans like we saw with the Tri-Frozr Lightning design. This got me quite excited thinking about the prospect of  where MSI could take their new Lightning cooler designs. I have to point out that both of these images are 3D renders and the eventual product might actually end up slightly different. Fear not however everything will be revealed in a weeks time.

Editor's Note
We know Maxwell is very efficient as was evident by the GTX 750 Ti. TDPs are rumored to be around 170W and 150W for the 980 and 970 respectively. Which is significantly lower than the current flock of high end single GPUs like the GTX 780 Ti and R9 290X boasting TDPs of 250W and upwards. So I find it very surprising that MSI opted to use their largest heatsink assembly for the upcoming GTX 980 and GTX 970. Although admittedly better cooling would certainly allow MSI to clock their GTX 980 and GTX 970 Twin Frozr V cards very aggressively.

However, cooling can only take you so far once you hit the maximum allowed voltage for the card when overclocking. There isn't really much you can do to get higher clock speeds stable after that point which is why I'm very curious. It's possible that Nvidia might be more lenient this time around with overvolting or perhaps MSI has some trick up their sleeve similar to what they did with their GTX 670 and 660 Ti Power Edition cards back in 2012. Which gave MSI's Power Edition GTX 600 series cards a clear advantage when overclocking in comparison to competing GTX 600 series cards by other board makers. Mainly because MSI had enabled the use of higher voltage settings on their cards.