We were just reacting to the news of Nvidia's GTX 780 Ghz cards when a leak of what appears to be technical specifications of Nvidia's New Flagship just appeared on multiple Chinese sites. We are super excited because believe it or not, this screen shot shows the full power of the GK110 core binge utilized. 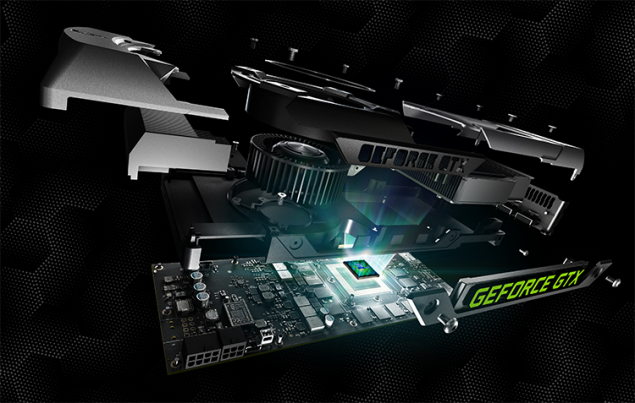 Before we begin there is something which is very unlikely yet it is my job to tell you so. There is a possibility (very slight) that this tech screen is of a new GPU entirely. Like i said unlikely but a realistic plausibility. Also as always we advice you take any leak with a pinch of salt, no matter how authentic it might seem. Now without further ado, the leaked specs of the GTX 780 Ti.

So far officially, only the pricing and the release date of the Nvidia Flagship has been announced there had been no word on specs and other technical details, up til now. 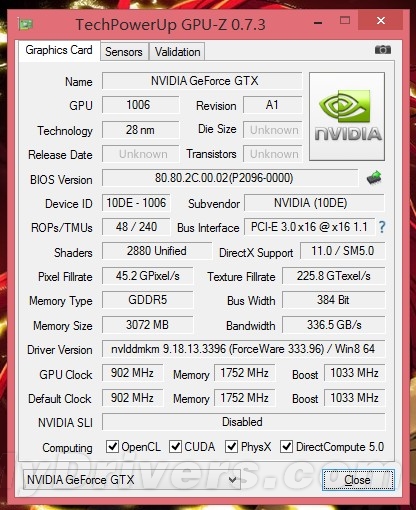 This is your basic GPU-Z screenshot, very ominously the Model is just labeled "Nvidia Geforce GTX", apart from that a couple of other things are quite vague. However the specifications are crystal clear. This GPU features 2880 stream processors, 240 texture units and 48 ROPS. Is this the full blown GK110 Core whose arrival to desktop graphics has been so awaited? Yup the one and the same. Nvidia's Professional GPUs already utilize the full Gk110 chip (Quadro K6000 ) and its arrival to mainstream GPUs is unexpected. However needless to say that if this figure of the alleged GTX 780 Ti is indeed correct, Nvidia has its crown back.

We can see that this alleged GTX 780 Ti utilizes a 384 bit 3GB GDDR5 Memory (half that of the Titan). The Default GPU clock is 902 Mhz while the boost clock is 1033 Mhz! Memory frequency is 7008 Mhz (1752Mhz). Interestingly the GPU is running on the 333.96 revision of the Nvidia Drivers, and considering the current version of GeForce is at 332.... Interesting. On a concluding note, these new cards signal the end of the (once) great Titan.