Wow did Titan had so much hype as well? More? Anyways the PCB and Hardware Analysis of the GTX 780 Ti was leaked moments ago and i thought we would let you guys know.

Before we go down to it, let me say that the Wattage of the 780 Ti is one of the funkiest things i have ever seen. On one hand Nvidia's Official claims a 250W wattage, on the other hand our Chinese Friends say 275W and there are rumors of a No TDP Limit circuit afloat too. I am not going to decipher that, rather leave it up to you guys. So basically this the legendary GK110 Core naked for the world to see (ahem ahem). 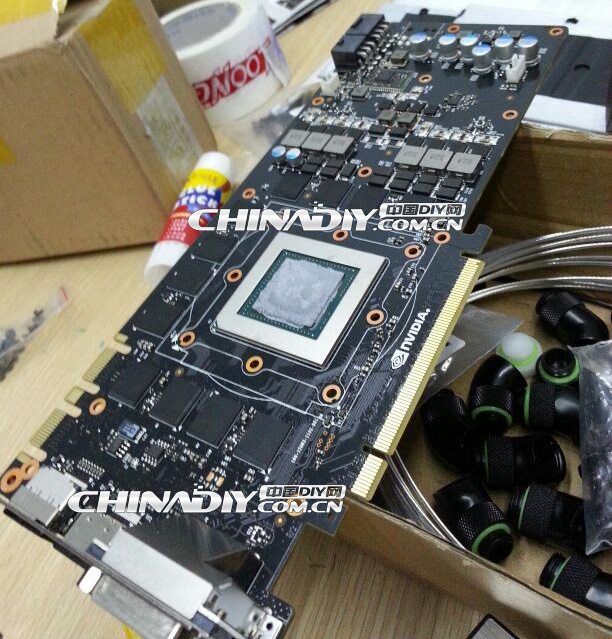 Lets start with the PCB, its going to be the same PCB used in the TItan and GTX 780 according to sources. The video configuration is a DVI x2 DPx1 and HDMI x1 configuration. The core is the full uncut core of the GK110. Even though more frequency has been added and more CUDA cores the power circuitry remains the same: six-phase core power supply design, thought the usage of tantalum capacitors has been increased. The capcitor layout has also been changed and the Memory is supposed to maintain its Two-Phase power at 7008 Mhz.So basically the Mosfet enhancement is basically doubled. The +12 power design remains the same with 6+8 Power Connectors.

The GTX 780 Ti was tested with 3d Mark11 Extreme Test scoring  5600 and reaching a maximum observed temperature of 83C. As always stay tuned for more leaks.