Thats right, we all knew GTA V was special, this just goes to show how much. GTA V is the single most expensive video game in the history of the same. Its budget is even more then Hollywood Movies, second only to the highest Budget Film ever made. Lets take a look at them.

Lets begin by quoting the Budget of GTA V. This is a figure that is not readily available so we will take a quote from the most authentic source we could find, according to which its 265 Million Dollars.  From there on it is an easy matter to compare the budget of GTA V to those of the rest of the game Industry. 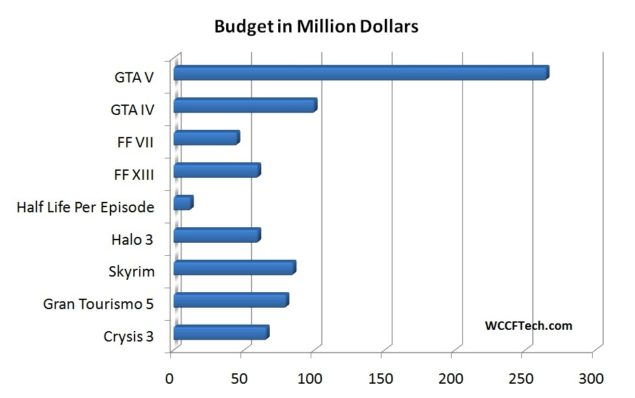 If you are thinking it would be unfair to compare  a Games budget to a High End Movie Budget you couldnt be more wrong. In fact if GTA V would have been a movie it would be the Second Highest Budgeted Film in the History of Film. Thats right GTA V Most Expensive Video Game beats every Hollywood budget ever set with the exception of Pirates of the Caribbean: At Worlds End 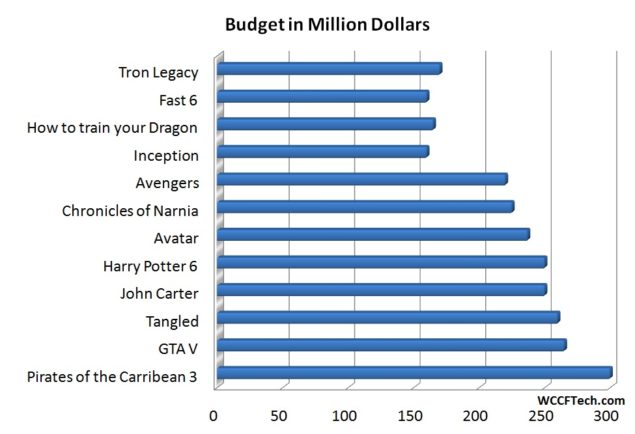 As you can clearly see no High Budget Film has a higher budget then GTA V. Yes, Not Even Avatar. The only exception to the rule being Pirates. The folks over at Rockstar games put a pretty big investment in GTA V to say the least making GTA V the single Most Expensive Video Game in Gaming History. And the thing is the are probably going to get repaid multifold.

#GTAV is the Single Most Expensive Video Game in History of Gaming. GTA V's Budget is even more then Hollywood Films. http://t.co/puzb4Bz4vz