The amount of people exploiting and cheating at GTA V is breaking new heights. Breaking records, perhaps, if there was such a record. But cheating is becoming a cheap thrill, and is frustrating legitimate players just trying to make their own way in Los Santos through the proper way. 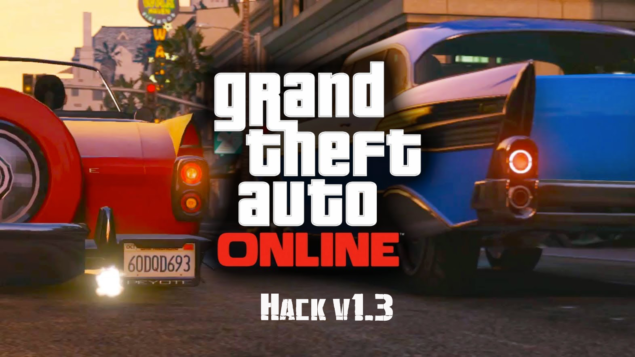 GTA V cheaters and exploiters might be ruining the game for other more legitimate users.

Recently it seems that there has been a great deal of tomfoolery happening within GTA V on the PC. Being released on the PC means there are more opportunities to truly take advantage of the game. Scripting tools, modding tools and those brave enough to investigate the delicate game files within can find it rife with opportunity.

The most prolific cheats that you can find with GTA V don't seem to be terribly malicious, just personal ways to gain money and in-game items. Still other cheats are for single player mode only and don't affect anyone else's experience. Who wouldn't want to have a tremendous amount of money at their disposal to drop on the fastest most armored vehicle, biggest guns and the best looking place in-game? Most people would love the opportunity, but sometimes it's at odds with the philosophy of other players, and it can also turn rather mischievous in nature, crossing that socially acceptable boundary.

Money shooting guns, God mode and more have made their way into the GTA V Online segment, and are starting to annoy other users. You might think that a gun that shoots at you is a godsend, especially because you can now acquire money by being shot in the face. But perhaps not. I was able to speak with someone who's enjoyed more hours in GTA V than I have in real life, and he has some interesting insights on the matter.

The first thing I saw was someone shooting bags of money with a minigun, thus 'giving' players unlimited amounts of money by shooting on the ground and letting other players pick it up. Now, as funny as it seems, it does destroy the core of GTA Online. Yes, people now can get all the money and unlock everything they want, and yes, they will have fun for the time being. The thing is, I would assume the players will get bored much faster than they normally would. What is the point of playing those difficult heists to get tons of money, when you don't need any of it because you already have everything. This so called trainer is a gameplay killer. Additionally, for the people playing legitimately, this hack destroys their fun of obtaining their awesome vehicles as well. Nobody is going to be impressed by the amount of money you have, because they will just assume you cheated it like all the others. This is why Rockstar needs to step up against these cheaters immediately, before everyone will be using these cheats and the game will die out within a month.

And that's just the tip of the iceberg. Money is fantastic, and could have a positive effect on many players, but what about God mode and low gravity hacks making their way to the online world? What if someone were to strafe you with a harrier with unlimited ammo while you could do nothing to defend yourself? While it's not a competition so not against any rules, per-se, but it's certainly more than just an annoyance. A monitor smashing, case shooting annoyance.

Next to that, the cheat gives players ways to be invulnerable (godmode). Cheaters would fly around in jets and kill everyone they see, while other players are not able to fight back, since the cheaters do not take any damage. This obviously kills the gameplay experience of any legitimate player, and forces them to use this cheat as well to be able to play. Additionally, there is a 'suicide cheat' that makes any player of choice commit suicide in the map. Absolutely nothing a player can do about it.

Sure, it's hilarious at first, and continues to be amusing, but where do we draw the line? Is it fair to have cheats forced on another? What about those that truly affect gameplay, like being constantly killed by a flying car with no real way to stop it. You might laugh and think that whomever should just suck it up. It's always funny until it actually happens to you, though.

As you can see, the trainer destroys the gameplay experience of any legitimate GTA 5 player, and almost forces them to download this trainer and use it for themselves. If Rockstar Games is not fast enough, I'm afraid it is already too late and GTA Online will be consisting of cheaters only.

Even though all of that is negative, the trainer does allow for some good fun. Don't get me wrong, I do not want anyone to use this trainer, but there are some very funny things to be done, which would be a nice addition to the actual game if it were possible.

Features like flying with a car, using low gravity, making things explode with your fist and so on can be great fun and seem like a nice way to keep the free-roam aspect fun. Rockstar games could allow these kind of features if they would make 'custom games' where the players are able to mess around and free roam, without influencing the player's level or money. Make it an addition to the game, where players can mess around with eachother, spawn objects and just have great fun. The trainer has some real fun aspects to it, but in a real GTA 5 online lobby it should not be possible.

To summarize this all in a short story: The cheat should be stopped by Rockstar Games immediately, because it destroys the core game experience / fun; however, I do think allowing the 'fun' features in a new sort of 'custom game' would be a great addition to the game, where money/level wouldn't be a thing. Let people mess around by using some crazy cheats, but do not allow it in the official GTA 5 Online lobbies.

We still have to see what Rockstar Games will do to stop this, and if they will take any action against those who used the cheat. The money is already flowing, so my guess is that it will not be possible to delete all the created cash. In the end, we will just have to see.

All games can be exploited to some extent, and we've likely all used built-in exploits to enjoy games with a new perspective. I remember turning on no-clip in Quake 2 and Quake to get me out of sticky situations. But that's almost expected and is more than socially acceptable. But once you cross over into multiplayer exploits, that's going down a very dark and sinuous road. You being to effect the livelihood of other players.

But maybe that's all just hogwash and whining because this is, after-all, just a game. But sometimes you become quite proud of your achievements in a video game, and don't want your efforts squandered because of someone else enjoying the game differently.

What does the crowd here think about exploits and cheats in general? Are they an acceptable policy?

[Update] Folks in the comments have been apt to point out that Rockstar Games is indeed banning people who use exploits, trainers and cheats. They're banning that activity in both single player and multiplayer. They log the actions through your connection to the Social Club, then enact the ban. It also seems that they aren't making any distinction between those that have a negative effect on other people and those that just change the game but add no untoward advantage.

This is sad because some really aren't malicious and just add to your own gameplay, sometimes making a certain aspect a little more tolerable. I think we can all understand banning those people that just go around killing other players, but a FOV mod?

Also, why limit single player? Single player cheating is only personal in nature and doesn't carry over to the multiplayer environment. As long as there is no cheating activity in multiplayer, then why ban both? It doesn't really make logical sense. Sure the possibility exists that those with trainers can use them for both modes, but that doesn't necessarily mean they will. This is a bit much, I think.

Perhaps a bit more discretion on the part of Rockstar to make the distinction would be best. Not everything is going to ruin the game for everyone.