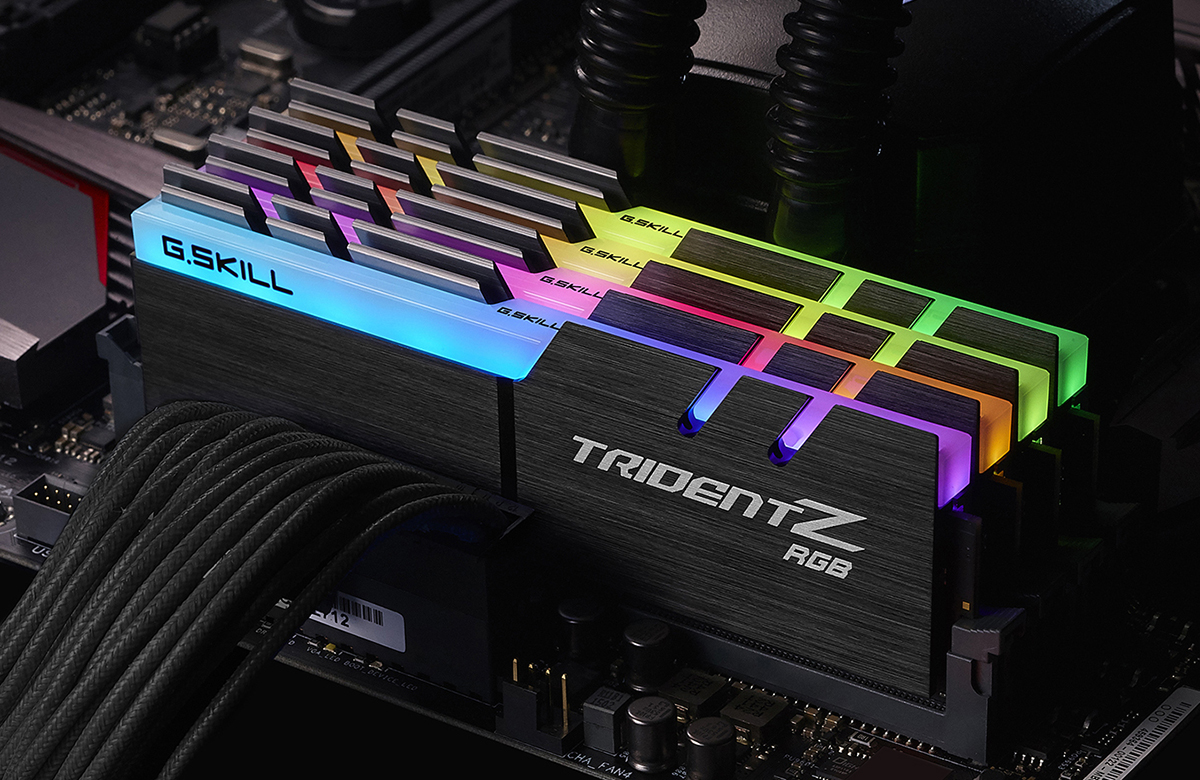 G.Skill has announced their latest Trident Z RGB series memory kits that are a combination of high frequencies and low latency. These memory kits will be available in a range of different SKUs in 16 GB and 32 GB options with frequencies as high as 4266 MHz.

G.Skill has been launching a vast array of DDR4 memory kits since they got their hands on the new rigorously hand-binned, high-performance Samsung B-die DDR4 IC components. They recently did launch the fastest 32 GB memory kit and have models that reach speeds as high as DDR4-4600. It looks like G.Skill isn't stopping at that.

As far as availability is concerned, the memory kits are planned for market release in January 2018 and hopefully, the DRAM supply will be better in the coming quarter.

As the leading manufacturer of extreme performance memory, G.SKILL is always improving and reaching higher levels of performance than ever before. The fastest selection from the new Trident Z RGB lineup is available at DDR4-4266MHz CL17-18-18-38 32GB (4x8GB) at 1.45V. The following screenshot shows this new memory kit running on the ASUS ROG MAXIMUS X HERO motherboard with the Intel Core i7-8700K processor. 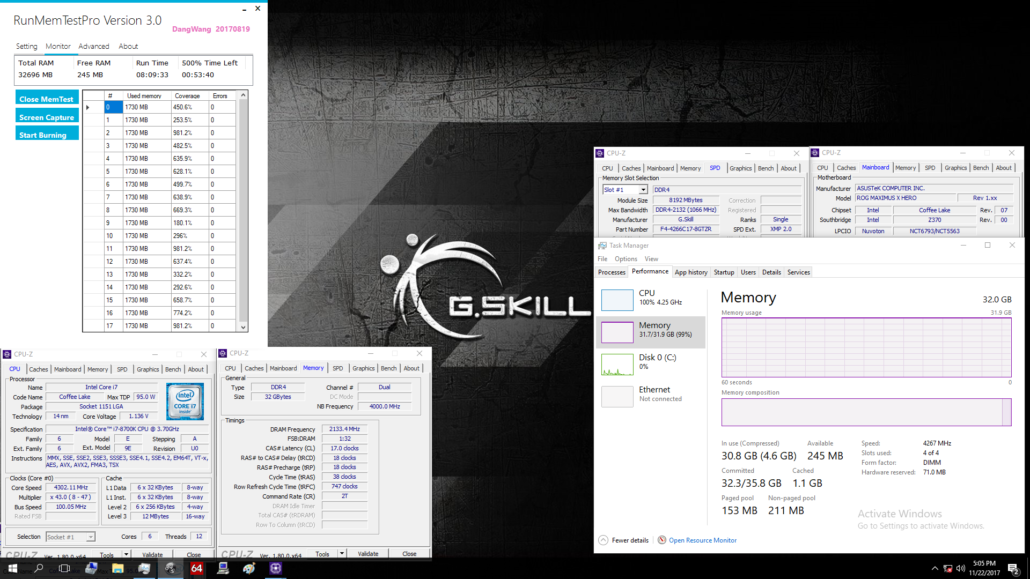 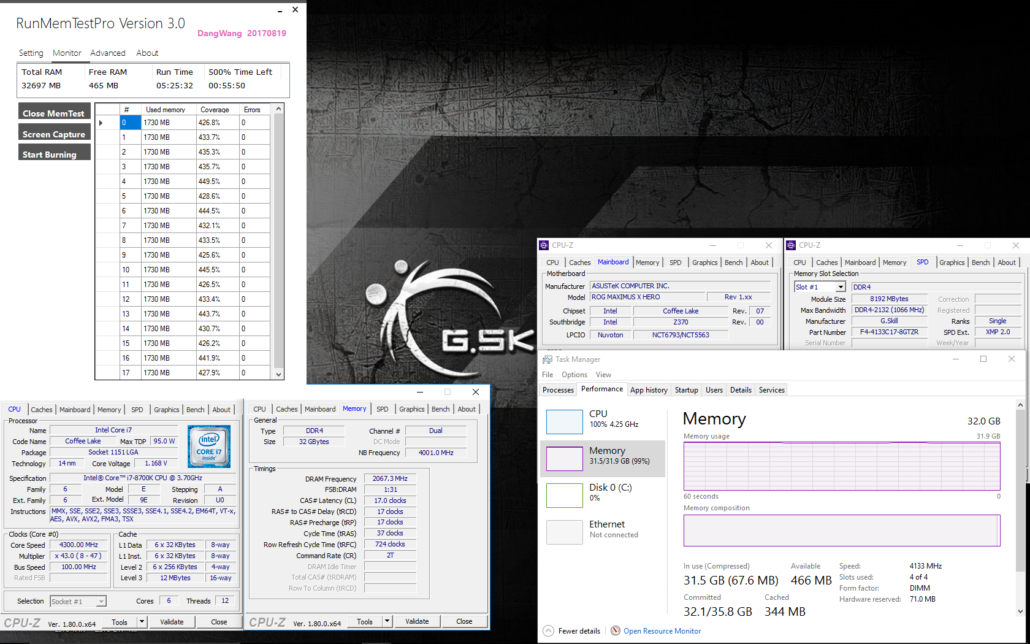 These high performance memory kits are outfitted with the latest Intel XMP 2.0 technology for easy memory overclocking. For a full list of available specifications and configurations, see the chart below for the full lineup that will join the G.SKILL Trident Z RGB family.