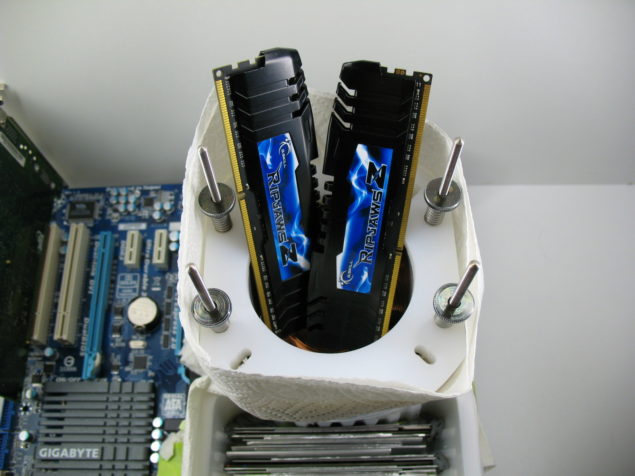 The test setup included a Gigabyte GA-A75-UD4H Motherboard and an AMD APU A8-3870K, The test was conducted with the help of LN2 which kept the memory at -197 degrees. You can check out CPU-z screenshots below: 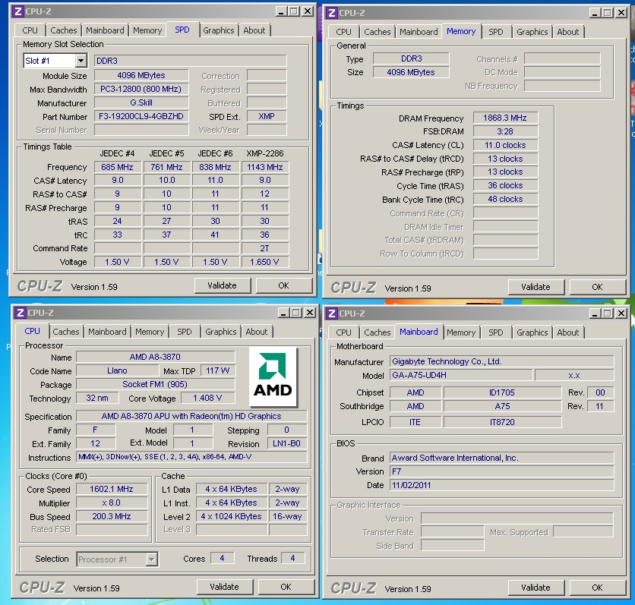