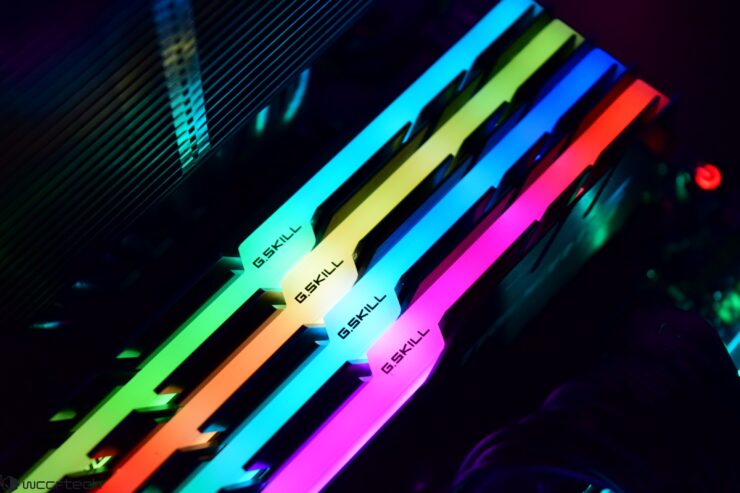 With the launch of Intel's Coffee Lake processors and Z370 platform, G.Skill is releasing a new line of extremely fast Trident Z DDR4 memory kits. The latest memory kits are designed specifically for the 8th Generation core family which was launched earlier this week.

G.Skill has mentioned that the latest Trident Z memory kits for the Coffee Lake platform are fitted with the ultra-high performance Samsung B-die DDR4 ICs which means performance is spectacular and overclocking would be a breeze. This is actually the third announcement within 30 days by the company as they have launched Trident Z memory kits specifically suited for every platform launch such as Intel's Core X series CPUs and AMD's Ryzen / Threadripper series. 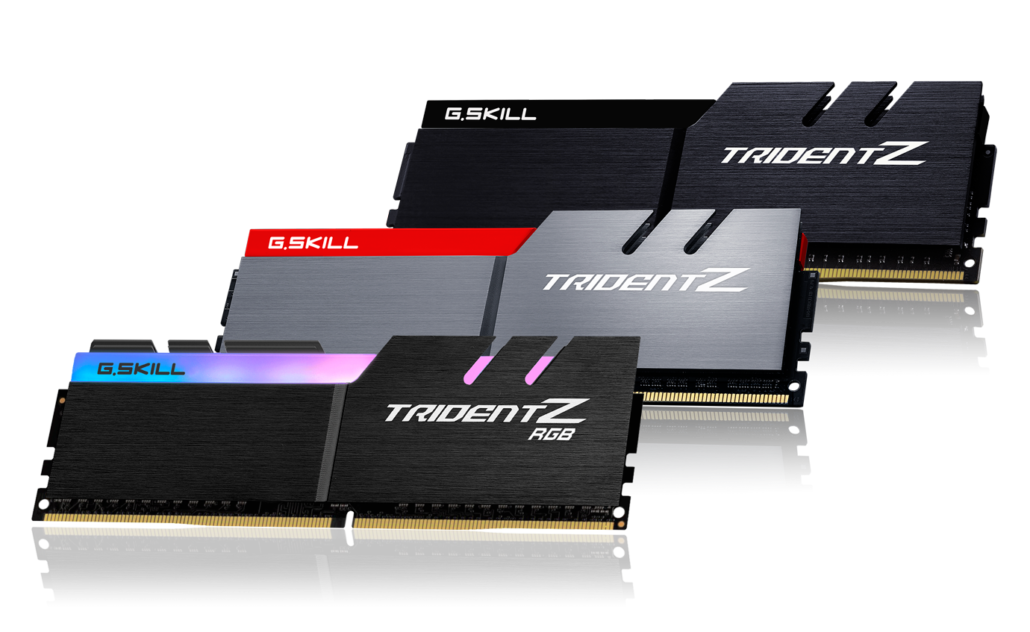 According to G.Skill, the memory kits will be available in November 2017 and will vary in prices that we cannot confirm at the moment. 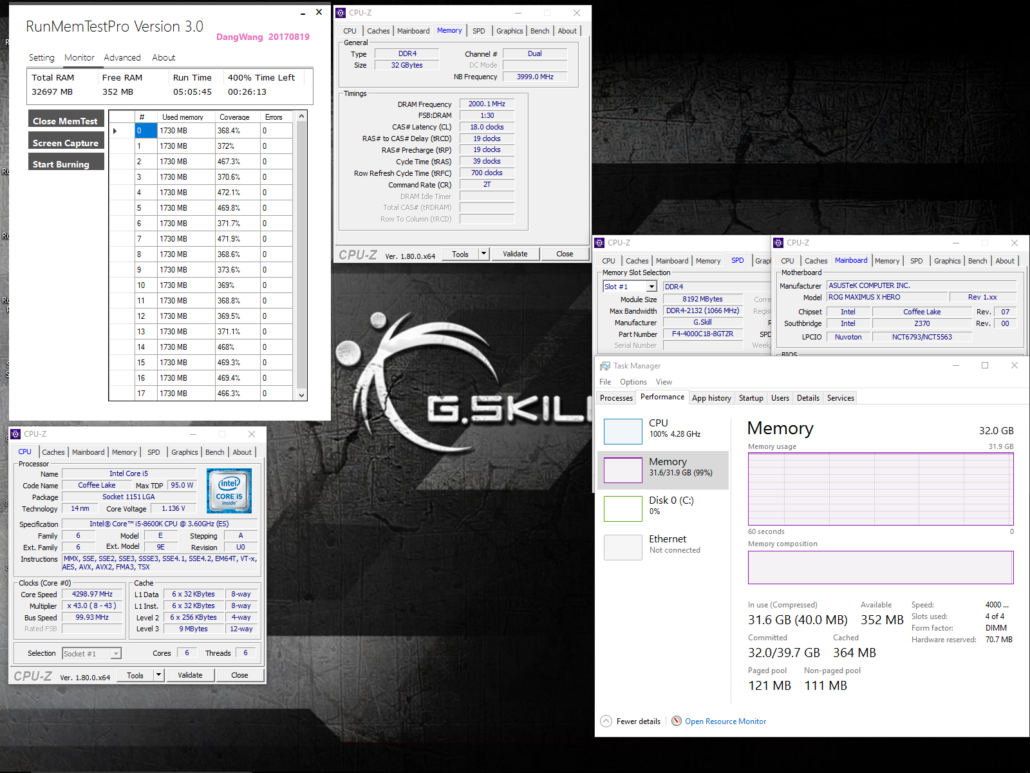 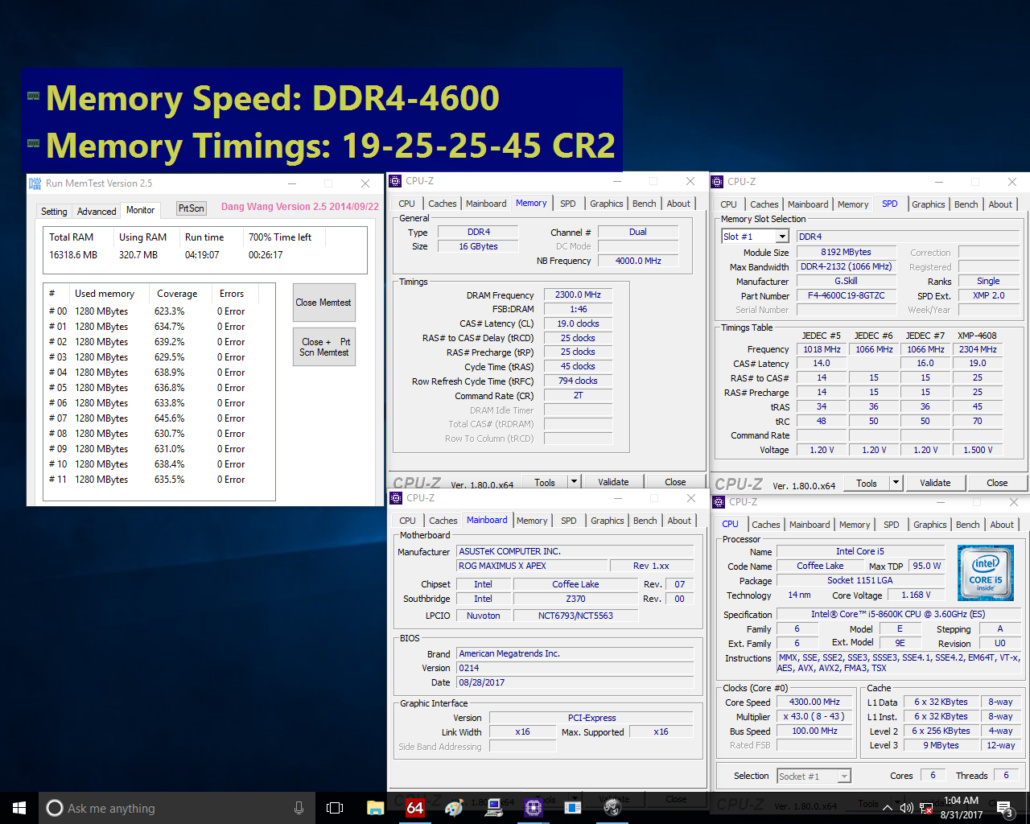 Perfect for users with light workstations and content creation PCs, without the need to sacrifice memory frequency or capacity, G.SKILL releases a new DDR4-4200MHz CL19-21-21-41 32GB (4x8GB) at 1.4V memory kit. Below is a screenshot of the memory kit running on an ASUS ROG Maximus X Formula motherboard and Intel® Core™ i5-8600K processor. 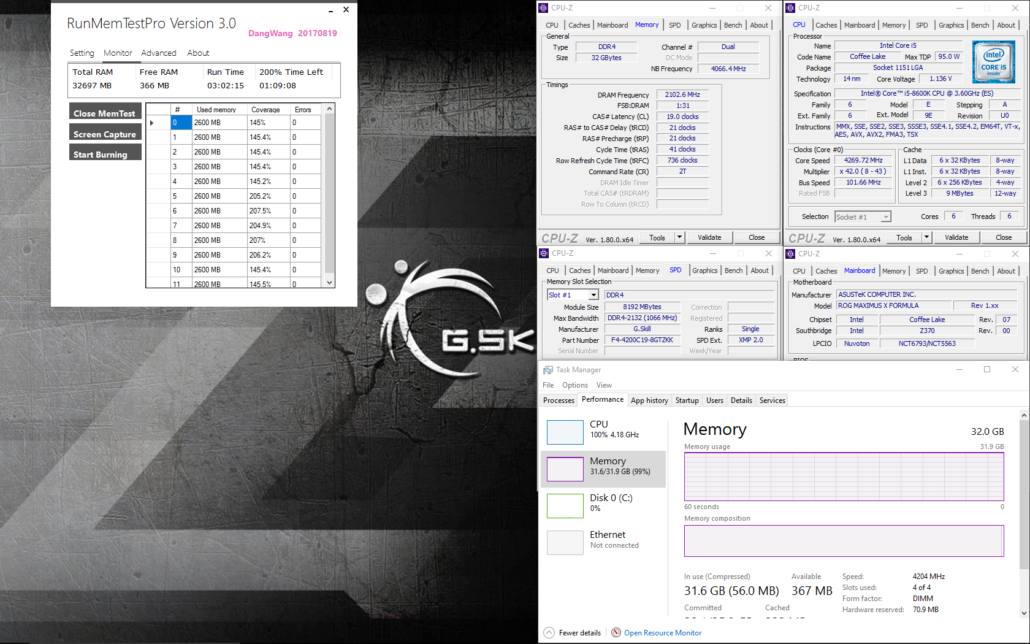 For users looking to max out all the DIMM slots with 16GB modules, G.SKILL offers a memory kit of DDR4-3733MHz CL17-19-19-41 32GB (4x16GB) at 1.35V. Below is a screenshot of the kit stress tested with a run time of over 5 hours under full memory load. System specs include the ASUS MAXIMUS X HERO motherboard paired with an Intel® Core™ i5-8600K processor. 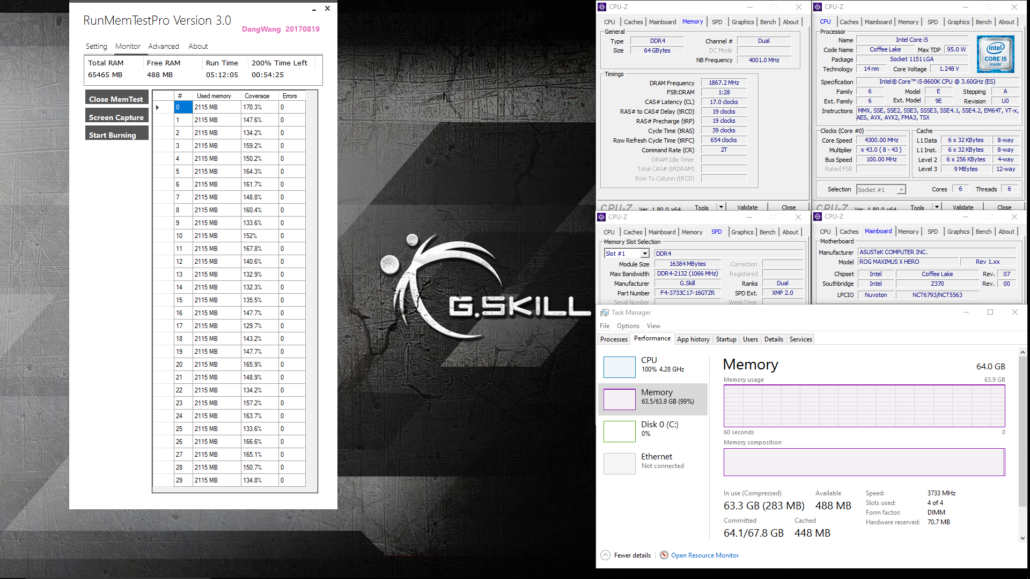 These high end Trident Z and Trident Z RGB memory kits will be available via G.SKILL authorized distribution partners in November 2017. via G.Skill