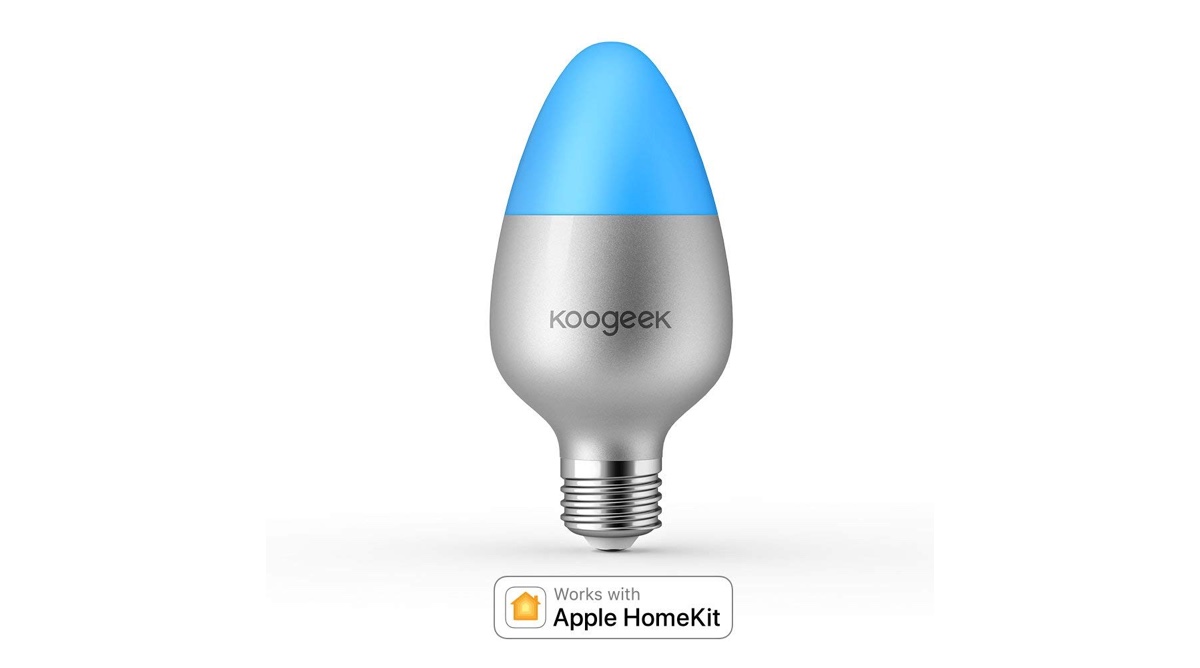 Koogeek has a wonderful little deal going on right now that will land you a HomeKit light bulb for just $17.59. But that's not all, it's an RGB bulb capable of changing between 16 million colors.

Get into the HomeKit Game for Cheap with a Koogeek Smart Bulb for Just $17.59 for a Limited Time

I've said it before and I'll say it again: getting into home automation is not cheap at all. So, at this point, every single deal helps in making our 'home of the future' dream a reality.

If you've been looking to get into the game of setting up some RGB light bulbs in your place that are HomeKit compatible then Koogeek has your back on this one. For a limited time only, it's offering its HomeKit-only RGB light bulb for a price of just $17.59. But that price is not the best part it's the fact that this bulb does not require any hub to function. Just hook it up with your existing WiFi network on the 2.4GHz band and you'll be up and running in no time.

Once set up, you can use this bulb like any other, except that this one will now be controlled using your iPhone, iPad or even your Apple TV. Even better, you can use Siri to control it too if you like. Also, taking things further is the fact that this piece of tech can set an ambience instantly thanks to its support for 16 million colors. Those are a lot of shades if you're asking us.

For this price, we will highly recommend picking up at least two if you want to see what the home automation hype is all about. The deal is valid till the 11th of this month after which it will expire. Make your move fast!