While Huawei was bragging its Mate S's Force Touch display in the 2015 IFA event in Berlin, Google announced a gigantic update to iOS and Android users regarding its Maps app. Google launched its standalone app for Street View that enables users to upload and contribute spherical photos without redirecting through Google Maps. The app connects directly with your smartphone's camera as well as connect to spherical camera's like Ricoh's Theta camera series. 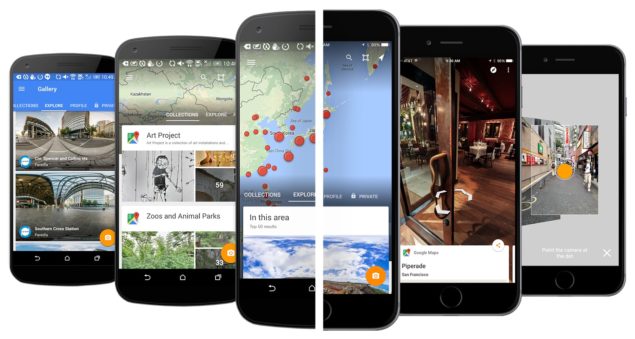 According to Google Maps' product manager, Charles Armstrong, the new app will enable users from across the globe to contribute and explore imagery. Users will be able to view Google's own uploads, contributions from others as well as their own photo spheres.

Let's see what Google's new Street View app has to offer and how it works.

Currently, there is another app for iOS, developed by Google that lets users take 360 degree photos from the smartphone camera. However, this app will replace the old one because the Street View app directly integrates with your smartphone camera to produce beautiful 360 degree photos. This makes it easier for users to use a singular app that takes awesome photos and act as a medium to upload them to Google Maps. 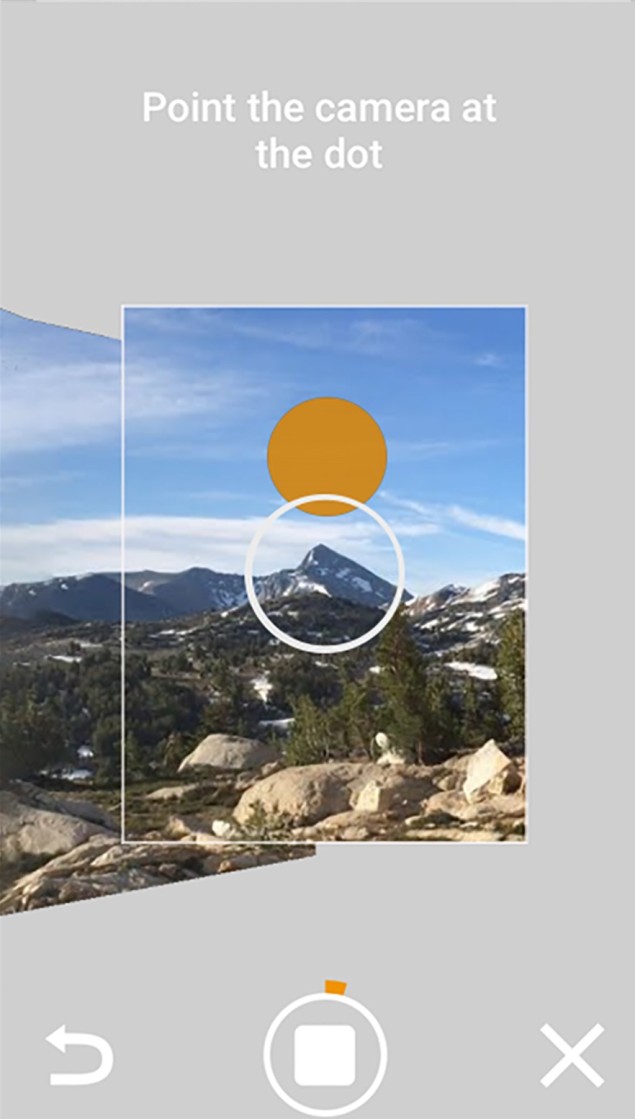 The slide out menu unveils two options, namely the Camera and Spherical Camera. The latter allows you to connect to a spherical camera, just as the one we mentioned earlier. The standard Camera option will allow the app to use the camera of your smartphone. Once you take a picture, it will be automatically saved in a 'Private' tab on the home screen. From the home screen you can either choose to view it or post it to Google Maps. Posting it will allow other users to see it. 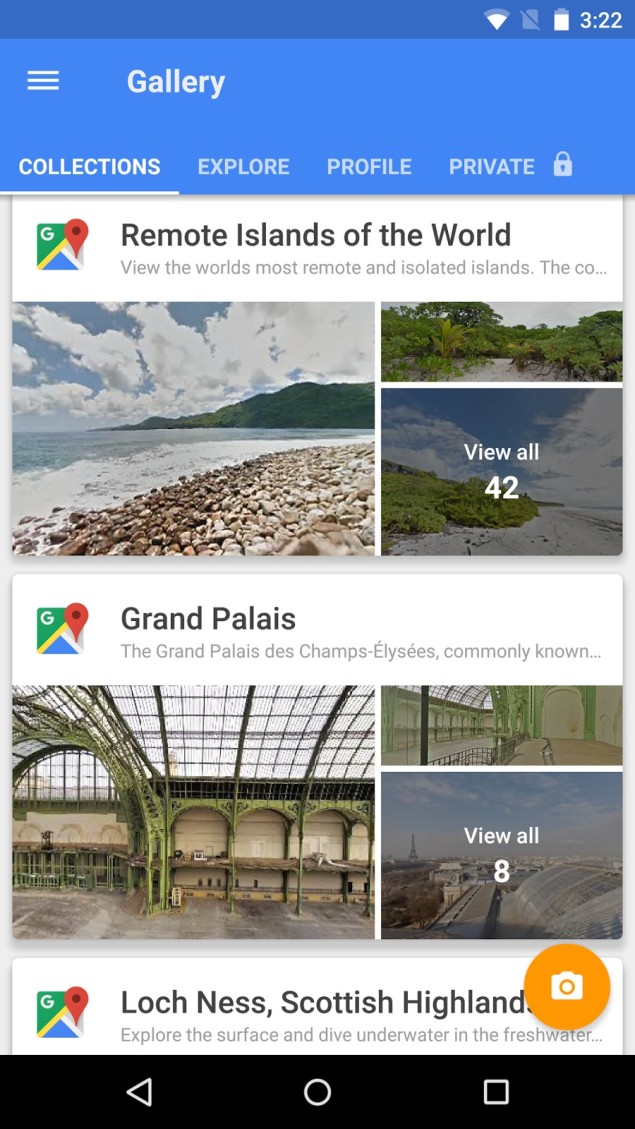 In the home screen of the app, you can search for any place on the map and then navigate through tabs that contain relevant photo spheres. There is a 'Collections' tab and the 'Explore' tab that lets you search for relevant photos from anywhere in the world. After you select a specific photo, you can hold your smartphone in either portrait or landscape mode and swipe around to see the complete scene. Another way to see the complete spherical photo is to press the compass icon. Once you do that, you can swing your smartphone to view the image using your phone's accelerometer. 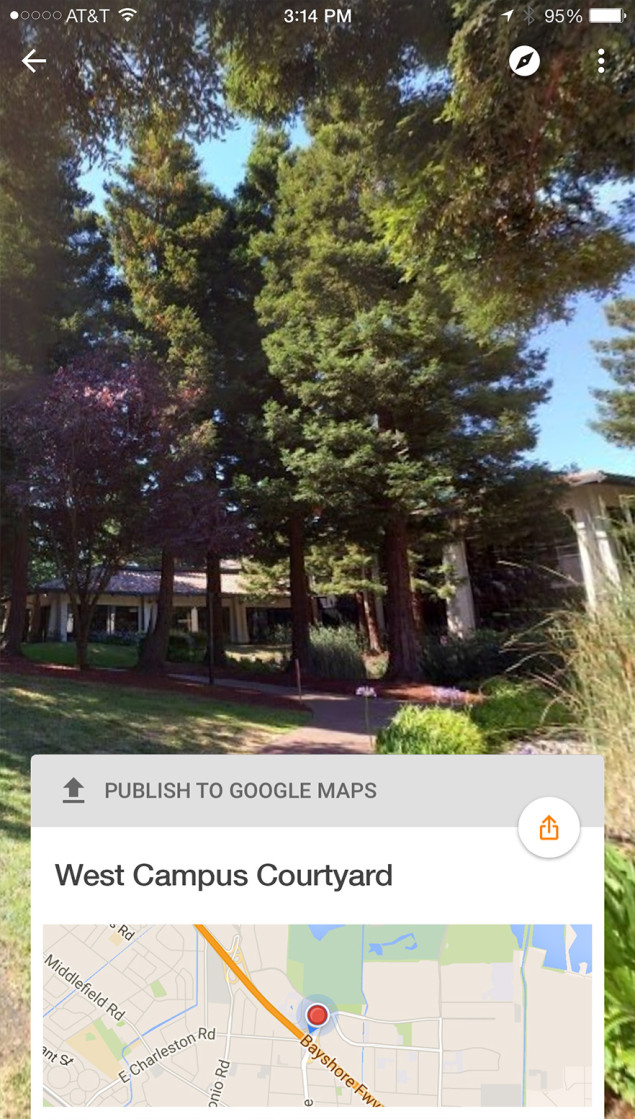 This is a great app for both Android and iOS users since there is no other app in the market that can compete against the same level of quality and the likes of Google Maps. Google's Street View app is available absolutely for free on both iOS and Android.

This is it for now. Let us know how you guys liked the new app and share your views about the new Street View app in the comments.