The Pixel 2 might not be getting a Snapdragon 836 underneath the hood, but it is still packing some important features that you’d expect from a flagship. More details of the phone claim a single color model, along with two storage variants, and other additions that are deemed important in high-end devices these days.

Though 9to5Google has severely blurred the images in order to protect the identity of the source, it claims that the Pixel 2 will be available in the Slate Gray or Black colored model and will be featured in the 64 and 128GB storage capacities. This is similar to the versions that were introduced last year, but there is a small tidbit that will disappoint some fans.

The Pixel 2 has been detailed to get a 4.97-inch 1080p OLED screen, but it will retain the same number of bezels, which is a huge setback because we were hoping that Google and HTC would follow the same smartphone design language that is trending in 2017. A separate rumor notes that the Pixel 2 XL will have reduced bezels and the tech giant aims to charge a premium for the phablet-sized version. 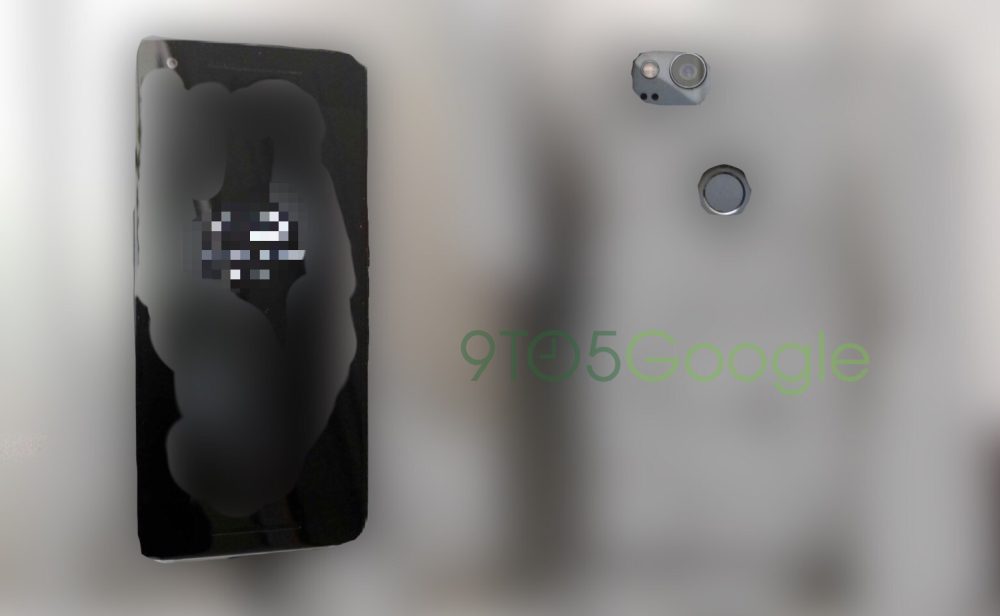 Water resistance will be upgraded both the Pixel 2, with the source stating that these devices will be IP68 certified and will feature an ‘Always On’ display for ease of notification-viewing. There are no details provided on the camera side of things, but the source claims that OIS is not going to be present; instead, EIS or Electronic Image Stabilization will be retained to prevent camera shake when snapping images or capturing footage.

The fingerprint reader is situated at the back and for those wondering, yes that is a single camera lens, showing that Google might not be interested in incorporating a dual-lens system for its flagship just yet. We could see it on the Pixel 2 XL when it is officially unveiled but we’ll still wait for more info to come through before we are absolutely sure regarding both of these mobile phones.