We take a lot of photos with our smartphones every now and then. Google Photos is one such app / service that saves your photos in the cloud so you can delete them from your device to save up space. However, this standalone application has been updated for iOS that brings new options for sharing photos with your circle as well as a new feature that would take you down memory lane in your past. 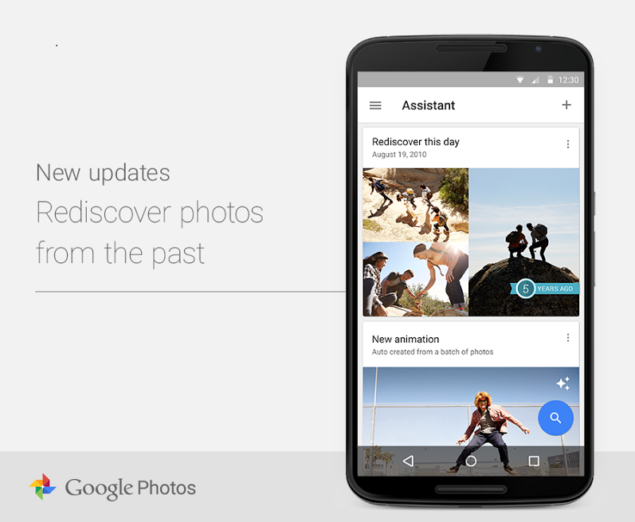 Google Photos version has been updated to v1.2 and comes with other tidbits that allows users to change cover pictures of their albums. Google Photos for iOS also hosts the usual round of bug fixes and performance enhancements so that the app may work fluidly, without lags or any sort of delays.

Let's dig in detail about the features that are part of the Google Photos update.

Glance At Your Past With Google Photos' Latest Update

The update offers a surprising feature that enable users to see olden photos from back in the days to relive those moments again. Google Photos show snaps and videos that were taken on the same day a year back. Every time you open the app, the pictures from your past surfaces and (probably) takes you aback. The working of this feature resembles that of the Timehop and Everpix apps. In regard to this exact feature, Google says, “If you snapped photos on a hiking trip this time last year, chances are that Google Photos will let you know.”

The opt-in feature is accessible through the Assistant under the menu button. Tap on it and see photos and videos from your past. A collage would also be available for some photos according to the people and places. The cards showing your past pictures would also features a tag that would show the date when the relevant pictures were taken along with additional information about people you were with. All of the photos and collages from past remains limited to you unless you opt to share it in your circle. 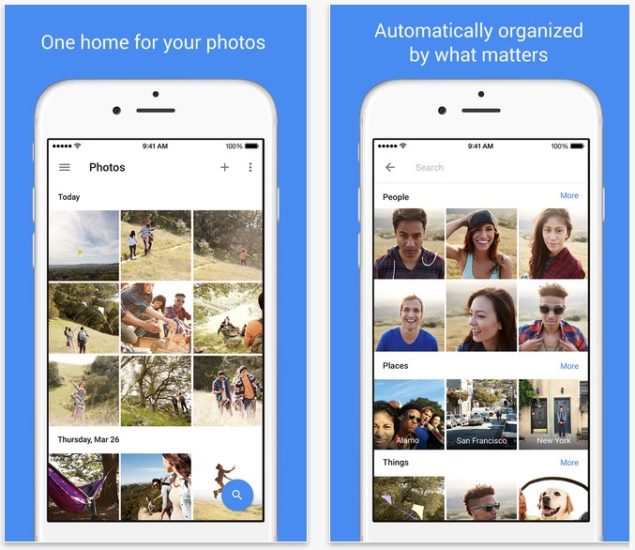 Sharing your photos and videos has been made simpler in the new update of Google Photos. Animations can now be directly uploaded to Facebook using simple steps, and if you want to share your content on other social media or IM apps then it can simply be done using iOS's Share Sheet that we're all familiar with.

If you haven't updated your Google Photos app yet, go to the Updates tab located at the bottom right corner of the App Store. The app requires iOS 8.1 or later to run. Share your opinion about the update with us in the comments.

You can download Google Photos for iOS from here.