When we talk about Nexus devices this year, the discussion surrounds the upcoming Nexus smartphones from both Huawei and LG. But we've also started to see talk surface about another Nexus device, the Nexus 8, which will allegedly be this year's flagship tablet from Google's end. After last year's Nexus came with the Tegra K1 powerhouse, it looks like Google might be taking a different approach with this year's slate. 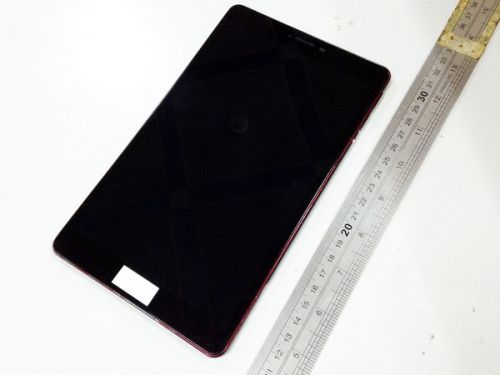 After an alleged benchmark listing showed the Nexus 8 with an octa core processor, today we've managed to get our hands on what is said to be a test dummy of the device. It's been placed next to a ruler so we can also take a look at what to expect on the dimensional aspect from Google's tablet. It'll be following the Nexus 9 in terms of overall look as you can take a look at the height of the device, which stands at about 200mm.

The Nexus 8 also appears to have a rather simplistic design and appears to be more strict in terms of overall aesthetics. The device's corners are sharply cut, and with the length shown above, we should expect an aspect ratio of 4:3 resulting in a more squarish look. As far as the build materials and other features go on the device, you can take a look at them partially in the image below. 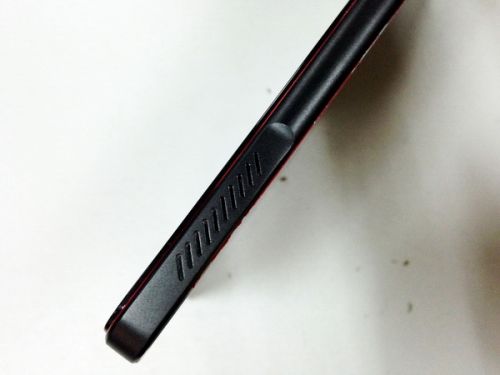 Taking a look at the image above, we can expect the Nexus 8 to have a metal frame, and an interesting take at the overall design. If our guess is correct, and the side shown above does indeed feature speaker grille for the device, then the slate should come with a more modern look than previous Nexus tablets. Plus, the color choice on the alleged test dummy also shows a nice combination of black and red, so it's nice to see Google taking a fresh approach with regards to the design of its tablet.

Coming towards other Nexus devices, LG's 2015 Nexus is expected to come to Google Play Store on September 29th, which makes it exactly a month until we get to see the device. So it seems that Nexus fans are in for a couple of interesting months ahead as we should expect three new devices from Google this time around.

Stay tuned and let us know what you think in the comments section below. We'll keep you updated on the latest.