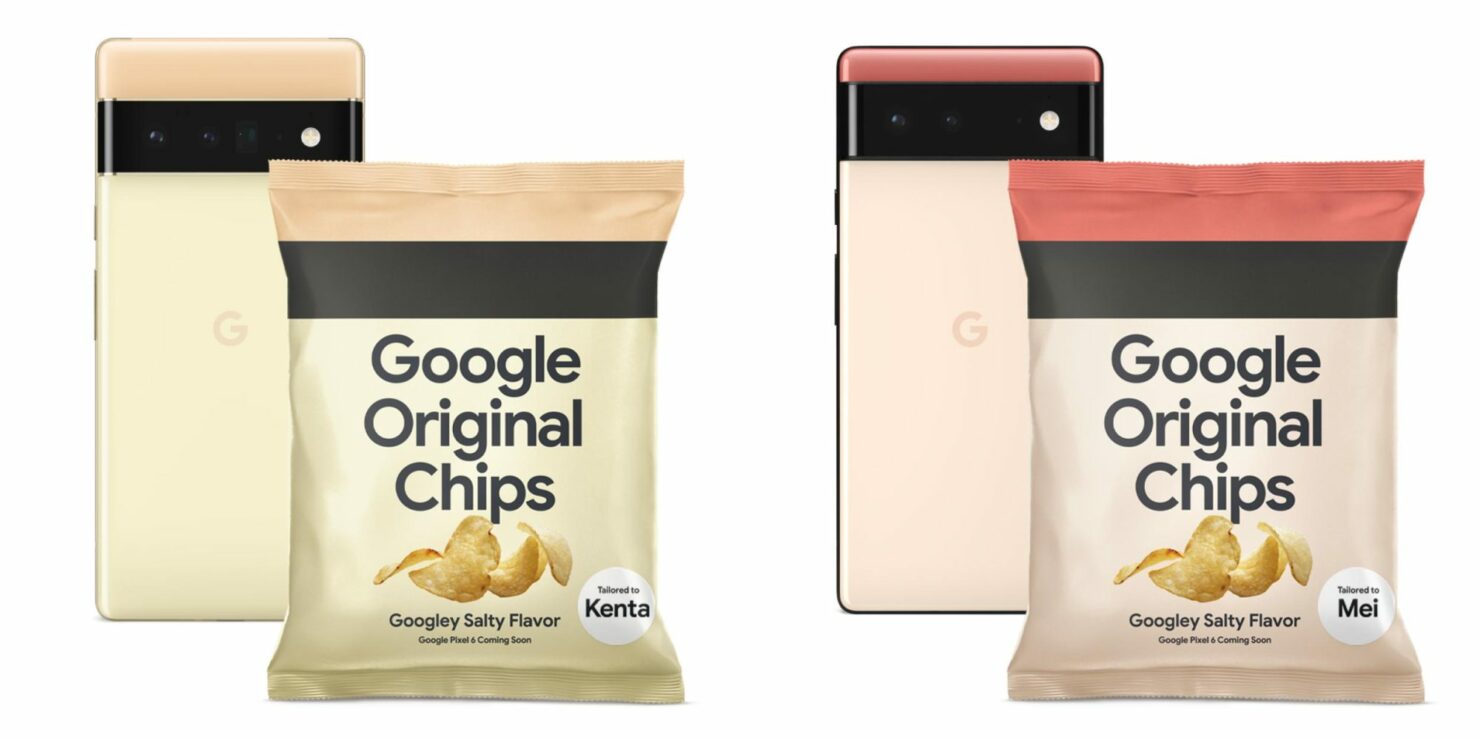 Google is not holding back when it comes to advertising its upcoming Pixel 6 series, and it makes sense. Google has not released a flagship for some time now. The company has decided to advertise the upcoming phones in Japan as the company is offering "Google Original Chips" to highlight the new Tensor SoC that will be found in the Pixel 6 and Pixel 6 Pro.

Tensor is Google's first consumer SoC, and while it is made with the help of Samsung, we are still looking to see how it will perform when it is pit against the competition. Japan is a good market for Google Pixel phones, and Google is taking full advantage of that.

This is a statement that the company made.

Prior to the launch of Google’s first smartphone equipped with genuine chips, we have prepared “genuine chips” that allow you to experience its appeal as soon as possible.

What is even funnier is that the Google Original Chips feature a bag design that matches the backside of the Pixel 6 and Pixel 6 Pro. There are five color options to choose from, and they are all in the "Googley Salty Flavor." I like the attention to detail here.

Flying chips that let you enjoy its charm quickly.

Made by 100% Google, it has a crispy finish. You should definitely enjoy the deliciousness of freshly made Hokuhoku

Google made 10,000 bags of it that are physically large and honestly not something you would want to snack on. You can claim one for free via an online form, but sadly, all 10,000 of these have already been redeemed. You can definitely look at the amusing promo video that shows people using a bag of chips instead of a phone to get their tasks done.

The Google Pixel 6 series is supposedly going official next month, and if you want to read more about the Google Original Chips, you can head over here and get all the information.