Google's video-calling app - Google Duo has been through levels of updates in the past months. These updates brought new features on the app. Now, Google is bringing deeper integration of the app with other apps on Android, and by the looks, it all looks quite promising.

When launched, Google Duo came across as a regular video/audio calling app that works on different platforms and is directly linked to your phone number. The app has the upper hand in the connectivity segment as it even works for spotty internet connections. Also, features like "Knock Knock" on the app make it a better alternative for those who want privacy. The Knock Knock feature shows the live video of the caller if the recipient has the contact added to their list.

Regardless of all the useful features, Google Duo didn't quite perform as expected. Which is why Google is now bringing features and integrations that will help the app to get the much-deserved attention from the users. According to a report by Android Police, Google is integrating Duo into the Dialer, SMS, and contacts app on Android. It will put Duo in the effective access areas for the users, as they no more need to open the app separately, it will be accessible from other apps too. 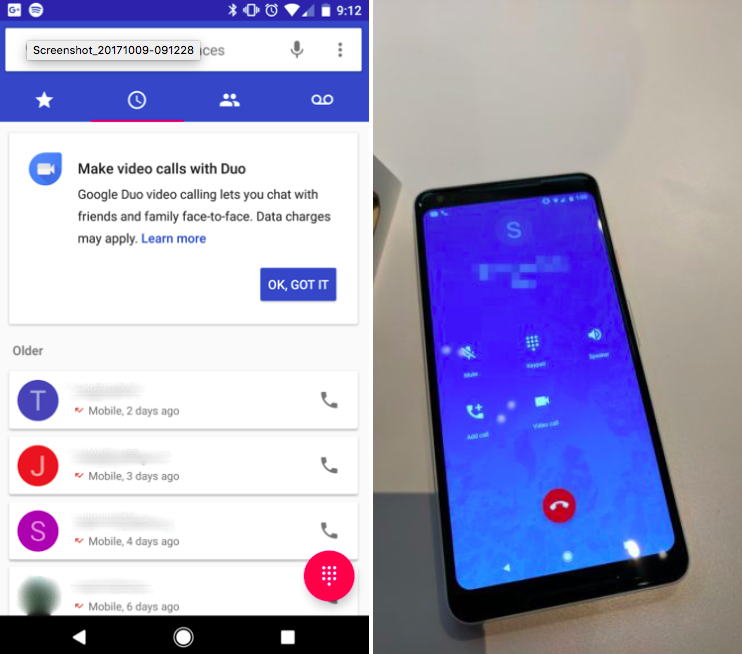 Integration with the Dialer app

In the latest update for Google Dialer, the search engine giant has added the ability to check Duo calls in the dialer’s history alongside phone call logs. Google is also placing a banner in the dialer app that describes the Duo app to the users. There is also a dedicated button for Duo app in the Dialer app, which will launch the app directly.

There is an exception though. If your carrier supports its own video-calling service, then the Dialer app may show that app if the recipient also has the same app installed on his phone.

You can find these latest integrations in the Google Phone app's version 13 and also on the newly launched Pixel 2 and Pixel 2 XL smartphones. It is a given that Google Pixel 2 phones will feature a dedicated Duo app button in the dialer app.

Furthermore, Google is also adding Duo in the SMS app (Android Messages) and even in the Contacts app. So, you can't run away from the Duo app. Android Messages' version 2.6 will see a new Duo shortcut to any conversation with recipients who also use Duo.

To know more about these integrations, you can check out Google's support page. We have liked Google Duo app, now, with these new integrations, it will be interesting to see if it increases the user base.