Six years ago, Nvidia launched the GeForce 9800 GX2. The card boosted dual PCBs and supported Quad SLI. With a bandwidth of 128Gb/s and a core clock of 600 Mhz, the card was Nvidia's first dual PCB design after two years and the company felt they had delivered an outstanding product. The card was also 'cheap' if compared to today's rates, costing less than $999. Even to this day, the card continues to deliver. German enthusiast, Moose83 has set a new record for this old bird in the 3D Mark 2001 SE. 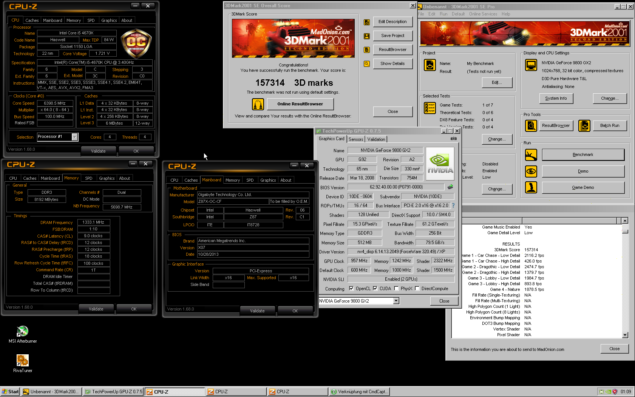 The card was overclocked to record breaking figures of 957/2322/2484 MHz. This marks for an increase of 357 MHz from the stock core frequency of the card. The cooling methodology employed once again included liquid nitrogen. This allowed the load temperature to not exceed -102 Celsius. The ambient temperature on the VGA was 20 Celsius. The processor used by Moose83 was much newer than the card itself. The processor employed was Intel's Core i5 4670K Haswell. The processor itself was overclocked to 6400 MHz, from it's stock capability of 3600 MHz.

The memory used by the enthusiast was G.Skill's Trident X. Cooling for the memory was standard stock cooling. Memory size was 8192 MB of DDR3 with a clock speed of 1,333 MHz and timings of CL 9.0 12-12-18 1T.  Finally, the whole operation was powered by Gigabyte's Z87X-OC motherboard. In fact, the enthusiast even included a special thanks to the manufacturer for the motherboard on his scores page on the HWBOT website. These scores give Moose83 a rank of 1 out of 287 on the GeForce 9800 GX2. They also put him ahead of the pack on the Hardware Points league and the Hardware Team Power Points League with scores of 49.7 and 67.4 points respectively. 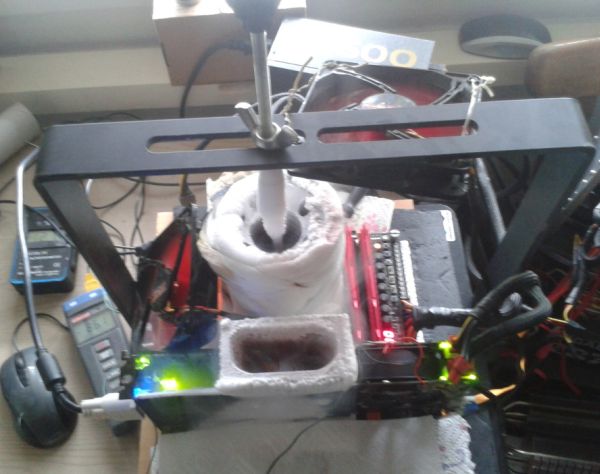