Concept art for the upcoming God of War 4 might have been leaked, and the art shows our beloved anti-hero Kratos, in a Norse Mythology setting. 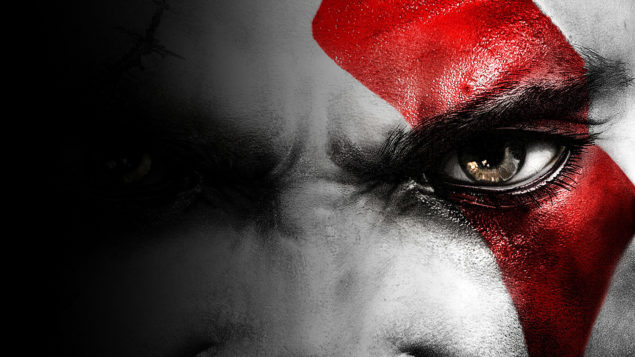 The Norse setting was brought up by well-known industry insider Shinobi, who tweeted an interesting quote based on Norse Mythology.

Across the rainbow bridge...

...to the halls of Valhalla.

In Norse Mythology, the rainbow bridge also known as ‘Bifrost’, is the only entrance to Asgard, one of the Nine Worlds in the Norse universe and home of the tribes of the Norse Gods and Goddesses. Within the gates of Asgard is the ‘Hall of Heroes’ also known as ‘Valhalla’, where Slain Viking warriors will go for the Afterlife.

It seems that website Nerdleaks scoured the web following Shinobi’s tweet, and actually discovered concept art for what seems to be, God of War 4. The art seems to have been found on the website of concept artist, Finnian MacManus, who worked at Sony’s Santa Monica Studio from September 2015 to December 2015. His work involved creating concept art for an "unannounced project”, according to his LinkedIn (which also seems to have been removed at the moment of writing).

The concept art on MacManus’ website was tucked away behind a private section on the site, but the content could be accessed by browsing through the site’s source code. The art reveals some interesting facts:

Interestingly, website Pureplaystation reports that the source of the leaked art, Nerdleaks, was hacked and its domain is now on sale. The site’s twitter account also seems to be deleted out of nowhere. Luckily the Neogaf community started a thread on the leak with backups of the images.

While the art mentions Kratos, Shinobi posted a message on the Neogaf forums, stating that fans are being “to hung up” on Kratos, possibly implying that Kratos might not be the game’s main character. As usual, take the ‘leaked’ art and information provided with a grain of salt.

Last week we reported that God of War 4 is said to be a launch title for the Playstation 4.5 (PS4K/PS4.5). This ‘upgraded’ console from Sony is said to be released in the 1st quarter of 2017. Additionally, rumors suggest that the console’s GPU is twice as powerful as the current PS4 GPU, while a more powerful CPU is also being discussed.