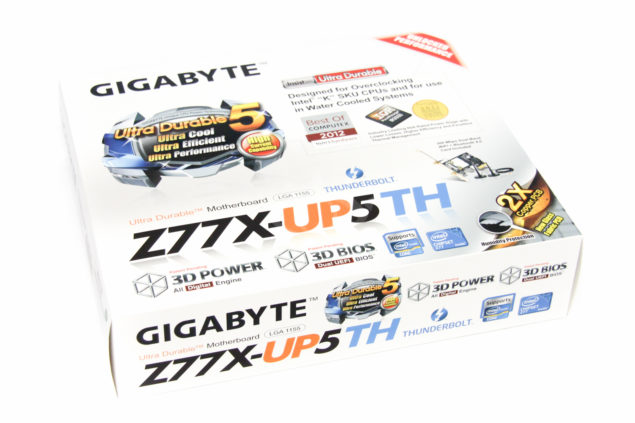 First up is the Gigabyte Z77X-UP5 TH which features an all out Ultra Durable 5 PCB design. CPU is powered by a 12 Phase VRM which makes use of  Ferrite Core Chokes and International Rectifer IR3550M DrMOS for higher efficiency over traditional MOSFETs. A CHiL IR3563A chip regulates 6 Power Phases while there are four DDR3 slots which allow for 1600MHz+ memory support. Alongside the ram slots are Power/Reset/Clear CMOS buttons and a Diagnostic LED. 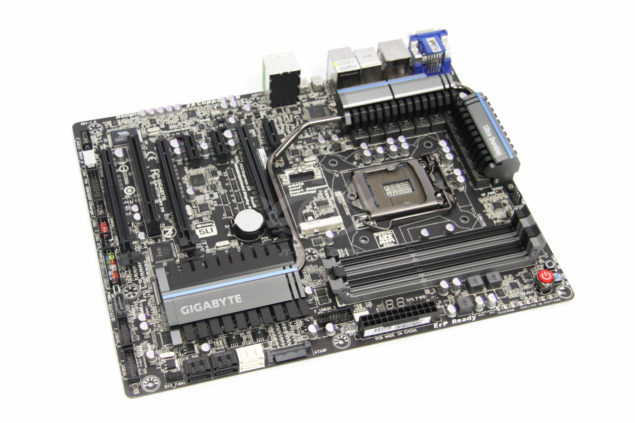 Expansion slots include 3 PCI-e x1, Single PCI slot and three PCIe 3.0 x 16 ports though the last one runs at standard x16. A dual antenna Atheros 802.11 abgn + BT Module is bundled within the package while the motherboard would cost $249 when available. 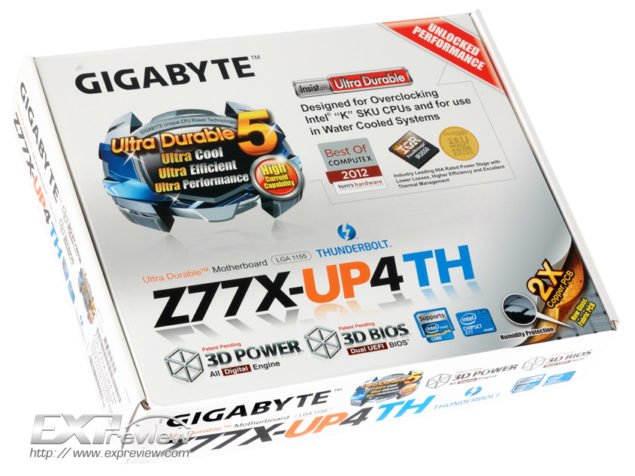 The Second motherboard detailed is the Gigabyte Z77X-UP4 TH which is basically a cut down version of the UP5 featuring a 10 Phase VRM layout utilizing IR3550 integrated MOSFET with maximum current of 60A. An Chil IR3567 chip maintains the 6+2 Phase power supply while there's also Dual BIOS support for the motherboard incase of overclocking failures. 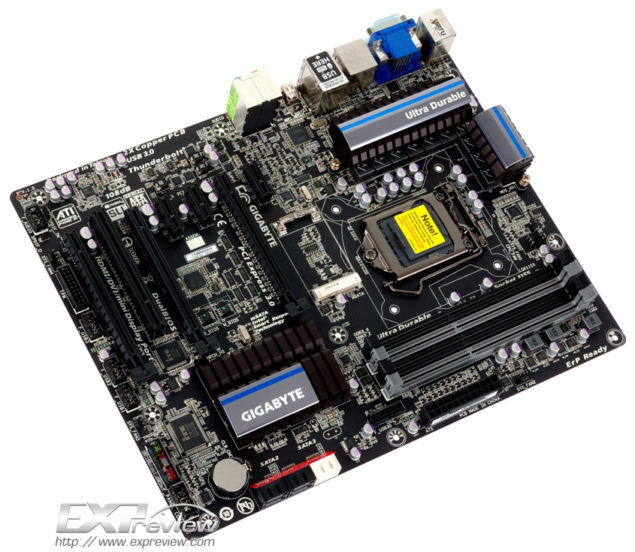 The motherboard would be available at $189.99 when available in the market. 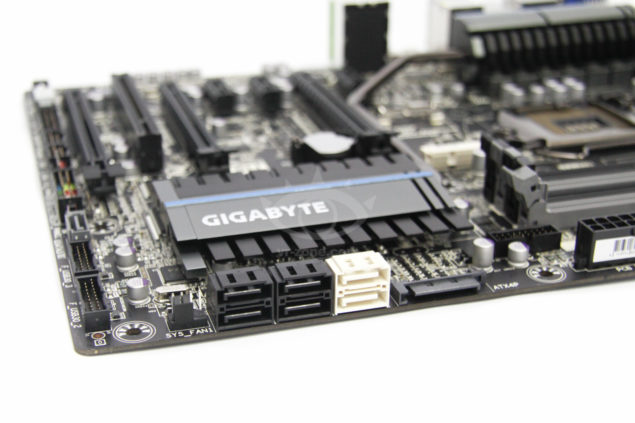 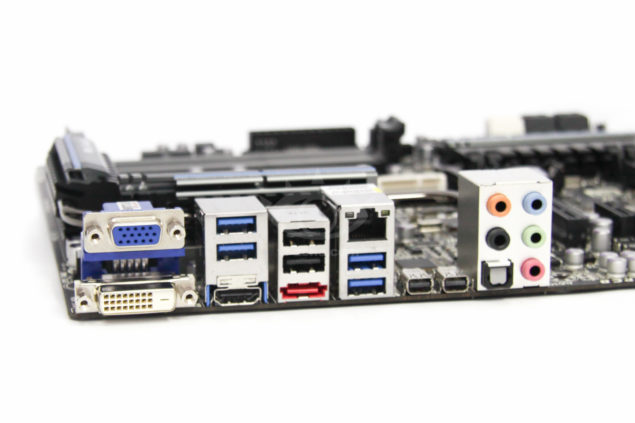 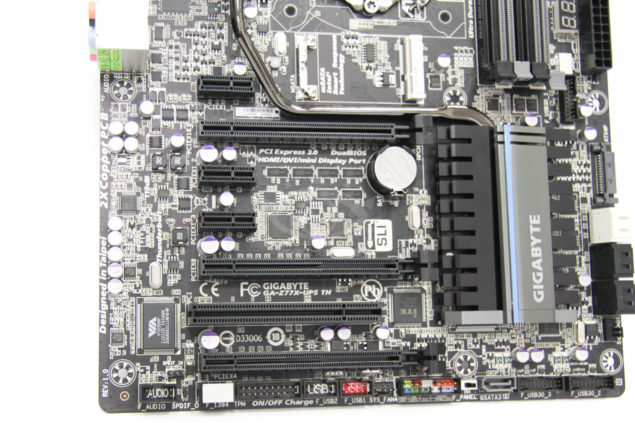 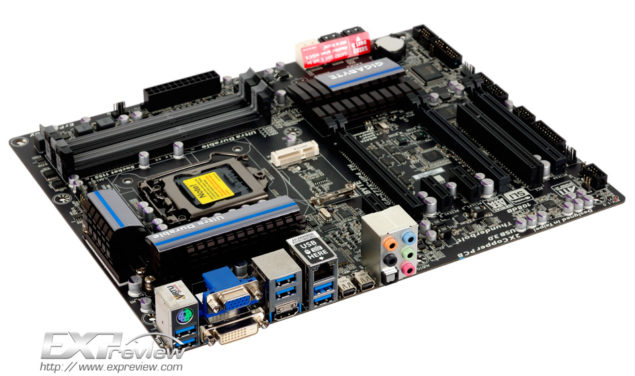 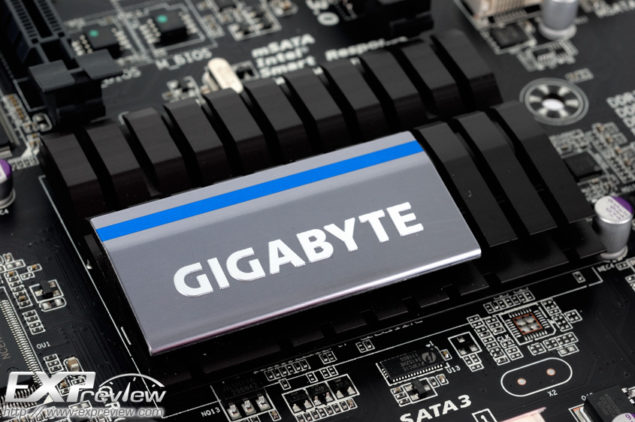 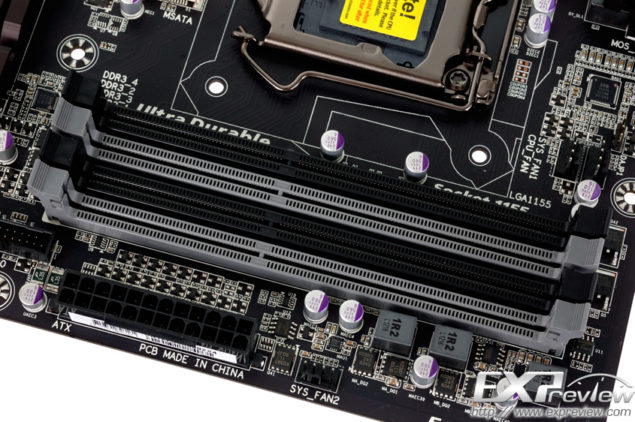