Gigabyte released a totally new brand back at CES 2011 dubbed as "G-1 Killer". Gigabyte said to be launching two new product line under the new Brand. The first one up would be the gaming series boards which will feature three beastly motherboards named, Assassin, Sniper and Guerrilla. The second lineup isn't revealed yet but it's likely to feature atleast one overclocking-oriented board or maybe as many as three.

The first board previewed here is the G-1 Killer Assassin which is a High-End board and would be followed by the other two "Guerrilla and Sniper" boards later this year. Th board is based on the Intel's X-58 Chipset and is socket LGA1366 CPU compatible. The motherboard features a Black/Green Design along with along with a M-14 Magazine as a heatsink on the southbridge which looks kick-ass. The northbridge and VRM area is equipped with a set of huge heatsinks connected with a heatpipe for better heat dissipation.

The board offers Creative PCI-e audio with five sets of audio amplifier built onto the board and Killer-NIC is built in too. Being slightly bigger than a ATX-Board, you'll need to make sure you have a big case to hold it in, It supports 4-Way Crossfire X but only 3 Way SLI due to no extra NF-200 Chip. There's a 16-Phase Driver MOS Circuitry, Eight Sata ports (two Sata 6Gbps) and Six Dimm Slots with upto 24GB DDR3 memory support. This will sure allow some record breaking overclocks.

The Back I/O plate offers several different Connectors including Four USB 2 ports and 3 USB 3 ports, 7.1 channel Audio Outputs, Optical/Coaxial S/PDIF outputs and one gigabit Ethernet port. The motherboard also offers two PS-2 ports which is great to see in a High End motherboard in this time of the year. The board also comes with Front Panel connectors which include USB 3 Ports, E-Sata Connector and OC Button just like the Asus Rog OC Button in its Maximus boards.

The board will be out later next month and is likely to come with a huge price tag. CPU support includes all current LGA1366 processors along with the upcoming Six Core 990X CPU. 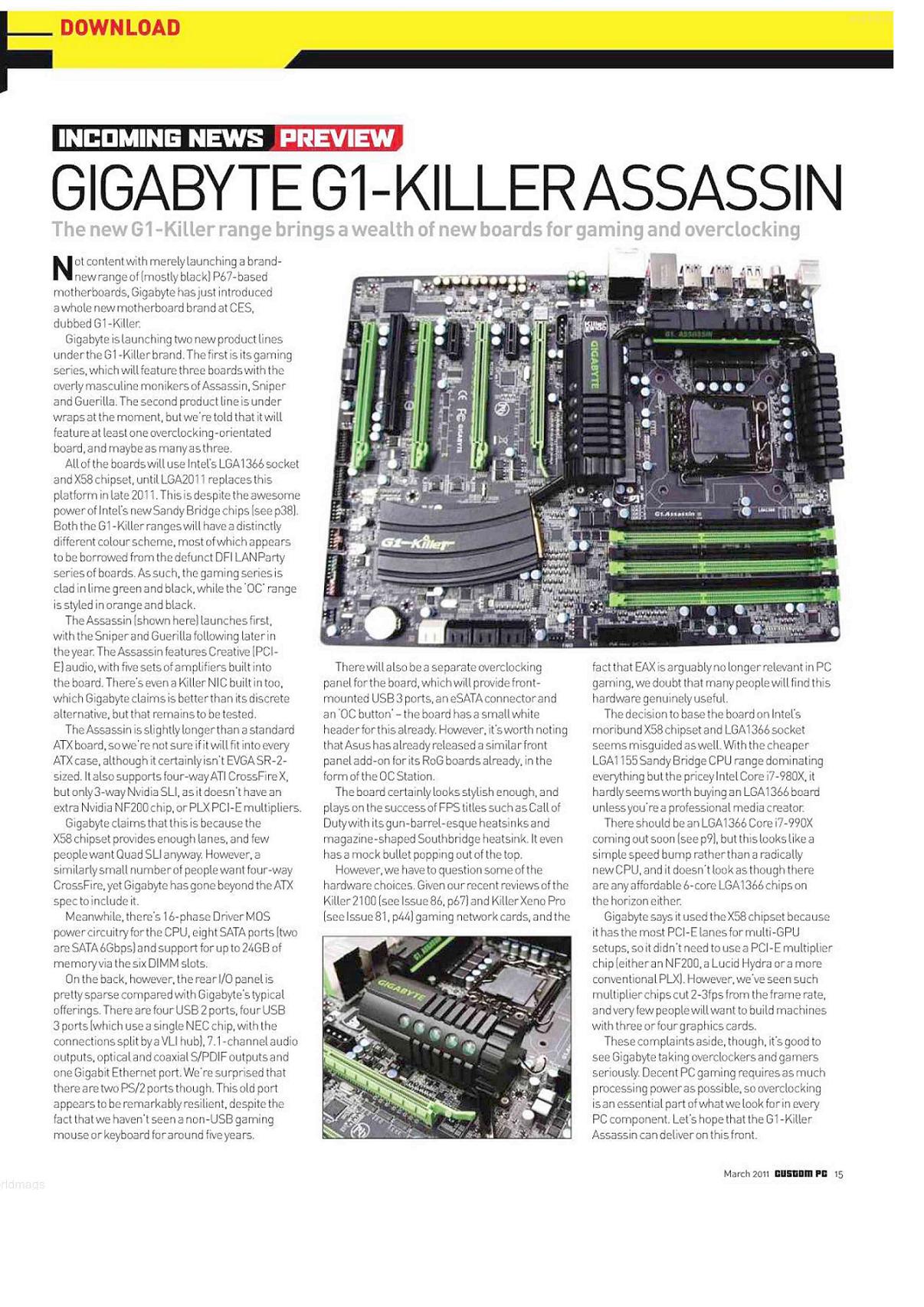