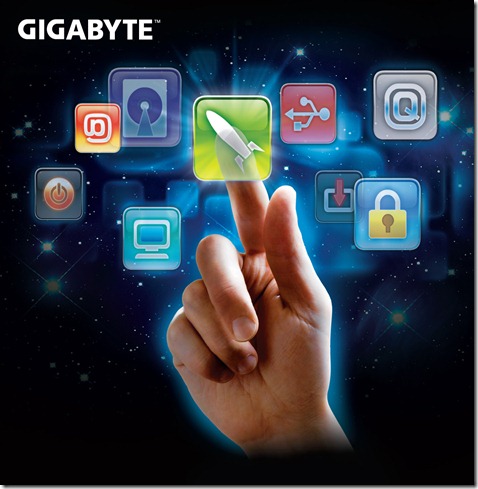 Gigabyte has recently revealed its new Icon-Based BIOS which will be featured in its new motherboards. From the looks of the image of the new icon based bios, It looks like the BIOS will support Touch Sense Control and specific icons would be included for Overclocking, I/O, Wireless connectivity and other features. Gigabyte's current P67 lineup already includes support for Mouse in BIOS and recent reports have revealed that Gigabyte might be skipping P67 to focus on Intel's next comer "Z68 Chipset" in which the new Icon Based Feature would be implemented. However, More details on the BIOS feature are expected to come soon as posted here.