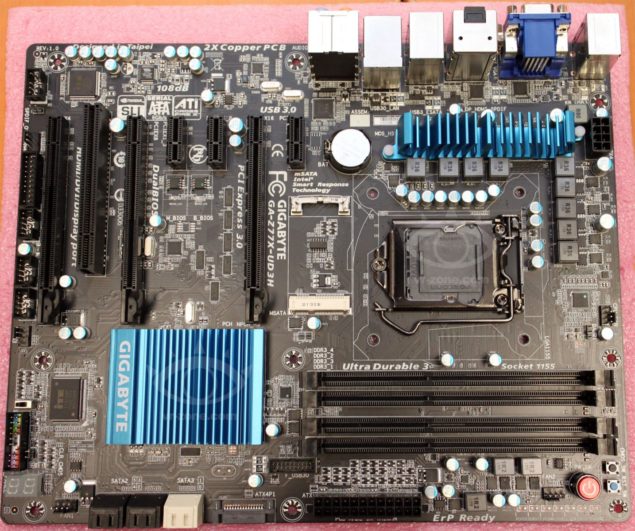 The Z77X-UD3H gets toned down to a 9-phase CPU, 2-phase memory VRM design, Expansion slot layout is same as the UD5. Storage options include two SATA 6 Gb/s, four SATA 3 Gb/s internal ports, one mSATA, and two eSATA ports. The motherboard is loaded with even more USB 3.0 ports - six on the rear-panel, two via header while rest of the backpanel I/O includes 8+2 channel HD audio, one gigabit Ethernet . Display connectivity includes one each of DVI, HDMI, DP, and D-Sub. 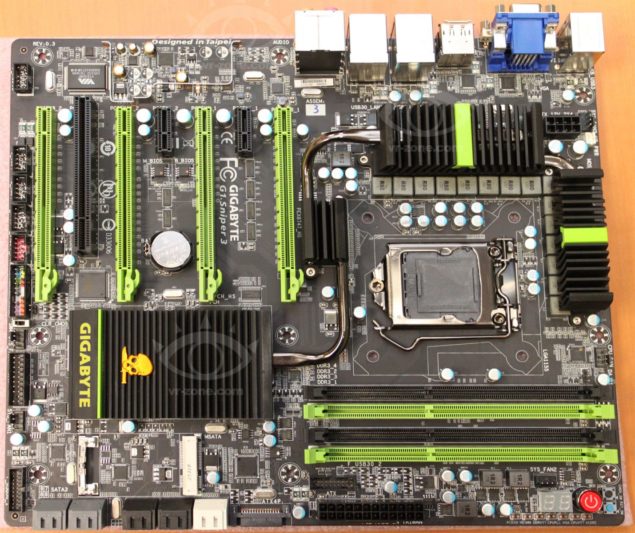 Finally we have the first G1 Series Sniper 3M motherboard which features a MicroATX Form Factor. Featuring a 9 Phase VRM which powers the CPU, The board can handle pretty intense overclocks for enthusiasts. There are a total of 4 DDR3 DIMM slots. There are a total of 4 PCI-e 3.0 expansion slots, Two run at x8/x8 electrical, One is x4 and one in 2.0 x1, Storage includes two SATA 6 Gb/s ports, three SATA 3 Gb/s.

Launch of GIgabyte's motherboard lineup is expected in early April along with pricing details.