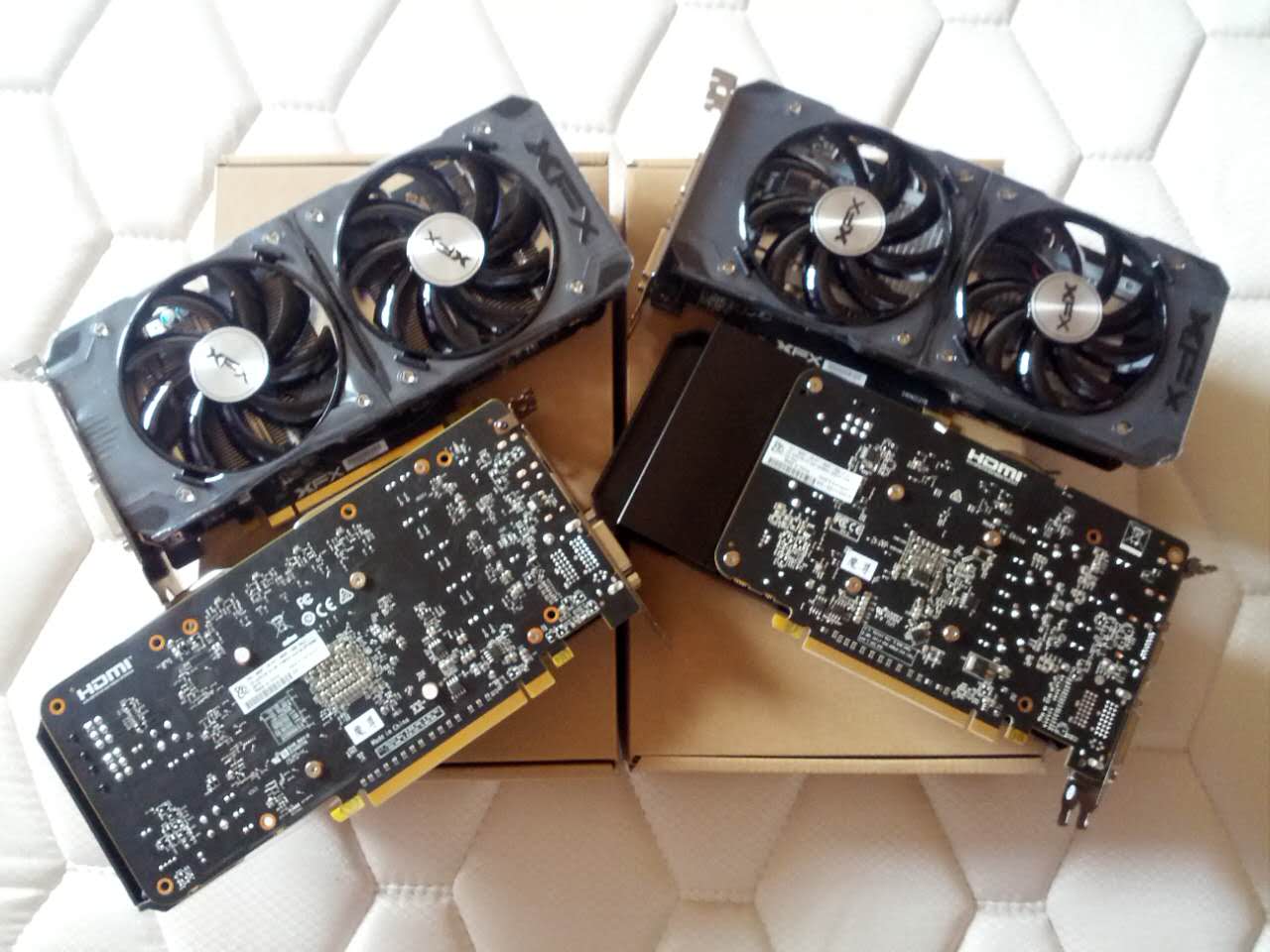 All three cards pictured above feature one variation or another of the company's WindForce custom cooling solution.  Thanks to the improved cooling, all three cards are factory overclocked.

We can see that the rear I/O of the R9 380 is comprised of one DVI-D, one DVI-I, one full sized DisplaPort and one HDMI connection. While the R7 360 has one HDMI, one DVI-D and one VGA port. Unfortunately this is a slightly awkward choice of I/O. As a single DVI-I port would've been also compatible with passive VGA adapters and would've enabled the addition of a DisplayPort output. On the power delivery side, the R9 380 is equipped with two PCIE 6-pin power connectors while the R7 360 is equipped with only one of said connectors.

Finally we come to Asus, this is a relatively small leak compared to the flood that we've been witness to as of late. But the box art for the Asus R9 380 and the R7 370 cards has been leaked. And it confirms that Asus's Strix design with its 0db feature is coming to the 300 series. 0db allows the fans to be turned off completely when the cards are idling or are running at cool enough temperatures to minimize noise.

Below is a table with the suggested retail pricing, MSRP, for each reference designed AMD Radeon 300 series card as defined by AMD. Custom cooled, non-reference versions of these cards may carry a slightly higher price tag. If you want to check out the prices for custom Sapphire, Gigabyte and MSI 300 series cards you can find it here.

AMD’s officially launching the Radeon 300 series of graphics cards on June 16th at E3 and the event will be live streamed over the web. Until then we’ll make sure to keep you updated as more information is made available to us, so stay tuned.