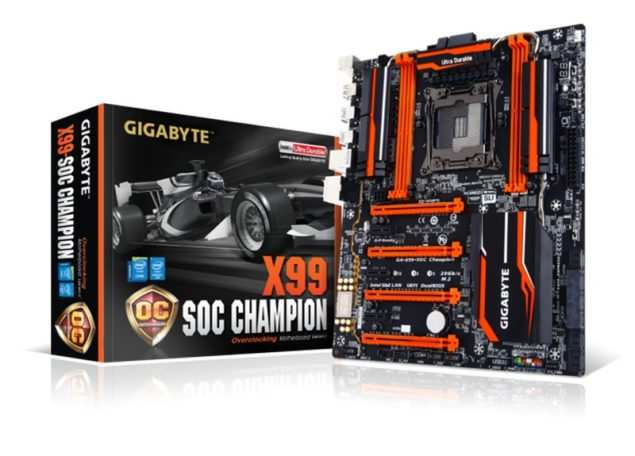 The X99 SOC Force Champion hasn't been made public yet and was only mentioned during a secret OC session which was hosted by Gigabyte in early December. However, the picture of the motherboard managed to sneak past on the internet and we will see what updates does the new board brings over the X99 SOC Force and X99 SOC Force LN2.

The Gigabyte X99 SOC Force Champion will become the flagship overclocking motherboard of Gigabyte’s lineup featuring the E-ATX design form factor and keeping things geared up for the performance enthusiasts. It retains the orange/black color scheme from previous iteration of SOC and OC branded products. The Gigabyte X99 SOC Force Champion motherboard features four sets of heatsinks, one fitted above the PWM section, one along side the power section near the I/O panel, one along the 24-Pin ATX connector and the biggest chunk featured on the X99 Express PCH. The heatsinks are connected via a long heatpipe that dissipates heat for better thermal load management. The heatsinks are more beefy compared to the X99 SOC Force which might suggest the board drawing more power to the phases and electrical circuitry.

Gigabyte’s X99 SOC Force Champion motherboard features the LGA 2011-3 socket which supports Intel’s Haswell-E processors with quad channel DDR4 memory controller. There's a update on the socket though, just like the X99 SOC Force LN2, the Gigabyte GA-X99 SOC Force Champion will feature the OC socket which include full 2011 pins on the LGA 2011-3 socket. The technology was first introduced by ASUS on their X99 boards but Gigabyte was soon to adopt it for their own motherboard line. An explanation to how this will affect voltage draw is given in the following report from our previous article:

Let’s take a closer look at what exactly ASUS has accomplished. Haswell uses an FIVR (Fully Integrated Voltage Regulator) and as the new processor architectures have appeared, Intel has become more and more secretive about the workings of the pinouts. Not knowing where the voltage lines lay, ASUS basically bruteforced the entire contact points present on 2011 processors to figure out where the new pins should touch to grant unhindered access to voltage. The result? ASUS OC Socket lets you effectively bypass any FIVR compulsions Intel has in place. This means that you will be able to achieve higher and more stable overclocks probably at a lower voltage.

However, this is just one of the several new features, the motherboard draws power from a 24-Pin ATX connector while the socket is provided power through an 8+4 Pin power connection route. Additionally,  there's also a 6-Pin connector near the expansion slots which delivers more power for stability when running multiple graphics cards. A major change I noticed on the board was that Gigabyte has excluded some of the tools provided by their OC panel which is featured on all of their SOC motherboards. While the most necessary tools for overclocking are retained, the ones which aren't that helpful might have been excluded. The voltage check points and diagnostic LED can be seen next to the main power connector however the bulk of switches are missing.

Gigabyte has featured their Ultra Durable design across their X99 motherboards which make use of the industry leading PowIRstage controllers from International Rectifier. These 100% digital controllers offer enhanced precision in delivering power to the motherboard’s power hungry and energy sensitive components. The PowerIR stage ICs used on the Gigabyte X99 SOC Force Champion have the highest rating with lower losses, excellent thermal management and higher efficiency. The new DirectFET technology helps save motherboard space and less electrical leakage as compared to MCM packages (Multi-Chip Module). The VRM circuitry is different to the reference X99 SOC Force so overclocking will be slightly better on the new board.

Finally, we have the rest of specifications to detail such as the addition of four PCI-e 3.0 x16 slots, three PCI-e 3.0 x1 slots with a single M.2 interface slot for NGFF SSDs and add-in cards. The storage options include two SATA Express and 10 SATA 6 Gbps ports. There are a variety of USB 3.0 / 2.0 and various other input/output solutions configured both internally and externally. The motherboard launches on 5th January at CES 2015. Gigabyte's X99 SOC Force retails for $349.99 US so we can expect a higher price around $399.99 US for the Champion variant. Some words from Gigabyte regarding the OC session can be found below:

“After this Secret OC, I am confident the X99-SOC Champion will be a success. Even though it was hard work and we had a lot to accomplish, everyone had tremendous fun testing firsthand the new X99-SOC Champion.” commented HiCookie, Chief Overclocking Evangelist, GIGABYTE Motherboard Business Unit. “These secret overclocking sessions are very important as they allow us to prove the quality and the performance of our new products, and also allows us to fine tune them before their launch. Considering the amount of World Records, Global 1st and Hardware 1st we achieved, everyone should get ready to see a lot more of the X99-SOC Champion!

Featuring the latest Intel X99 Chipset and support for Intel’s Core™ i7 Extreme Edition (LGA 2011-v3 socket) processors and latest DDR4 memory support, the X99-SOC Champion looks very promising. Launch of the new overclocking flagship motherboard is scheduled to take place January 5th, 2015 at CES, Las Vegas – USA where HiCookie, Sofos and Dinos22 will be on hand to see if they can break some new world records live at the event. More information about the specifications and look of the X99-SOC Champion shall be revealed then.” via Gigabyte 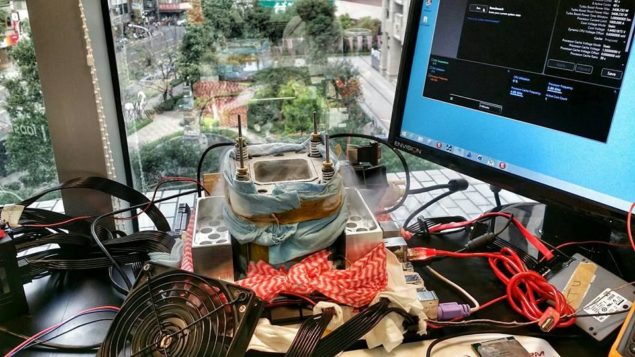 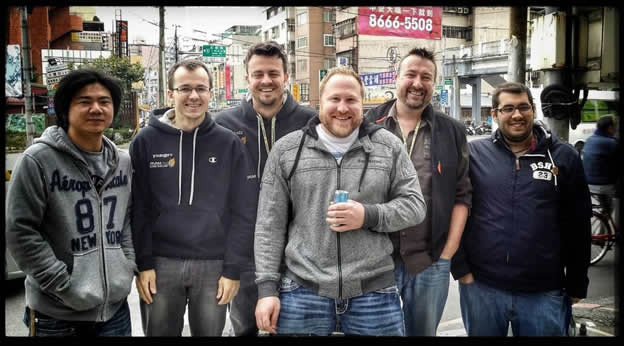 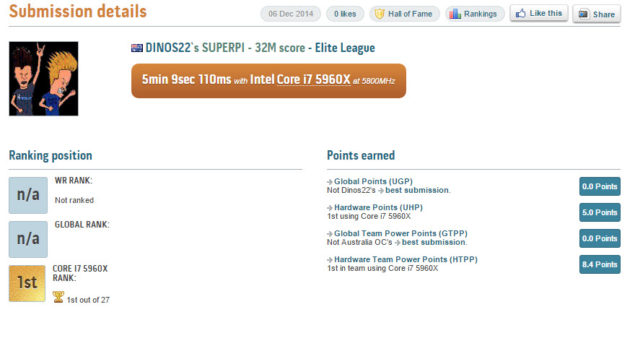