While Computex 2014 officially starts on 3rd June, the pre-event seminars are already underway from major manufacturers such as Gigabyte. Over at Gigabyte's booth, Computerbase manged to grab some shots of a overclocking G-Power board module which adds up to 750 Watts of power to the graphics card PCB of which enthusiasts and overclockers can take advantage of while running some hefty LN2 sessions. 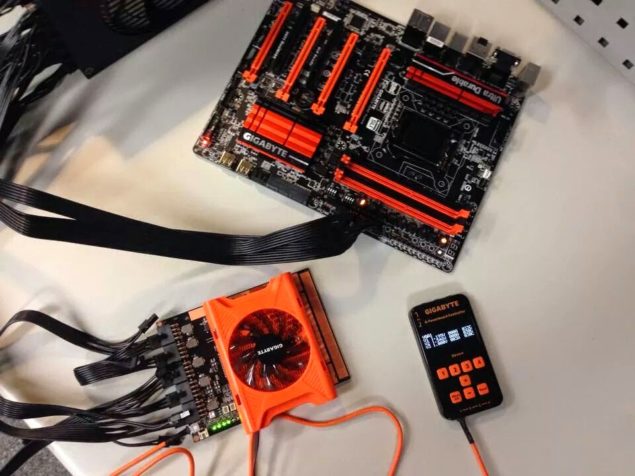 Known as the G-Power Board, the OC module is a lot similar to EVGA's EPower board but more beefier in terms of design. Gigabyte has released some interesting design schemes over the last few months such as their latest high-end WindForce 3X cooler which has the ability to dissipate up to 600W of heat output while the new WaterForce package that includes a closed looped enclosure and all-in-one fitting for graphics cards, which adopts a water cooling design aims to please the water cooling fans in the PC market. Gigabyte made a similar G-Power board previously but with the ever demanding need of more power and the arrival of new graphics cards, a new board solution was required hence we are looking at today's G-Power board.

Gigabyte has entered the OC game with new SOC products in both graphics cards and motherboards. Their brand as an Overclocking oriented company is rapidly expanding and this is where more products come in for the high-end or should I say "Uber Enthusiast" users and overclockers who want to break the limits. The G-Power board is specifically built and aimed for these users providing them up to 750 Watts of power which can be added to any Radeon R9 290X or a GeForce GTX 780 GHz/Ti graphics card.

The concept designs shown by Gigabyte over at the booth include the G-Power board connected with the AMD Radeon R9 290X and NVIDIA GeForce GTX 780 graphics card. The card was soldered and wired professionally with the main PCB of the graphics card adding additional VRM phases and power input to achieve better clock speeds and overclocking on LN2 cooling. The OC module shown has five 8-Pin power connectors which puts the total power input to 750 Watts and if you add the one from the graphics card which in the case of R9 290X has 8+6 Pin power configuration, then we are looking at over 1000 Watts of power input on a single graphics card which is purely insane.

I'll try to get more information on this board as soon as possible so make sure to keep checking back for more news related to announcements and happenings at Computex 2014. 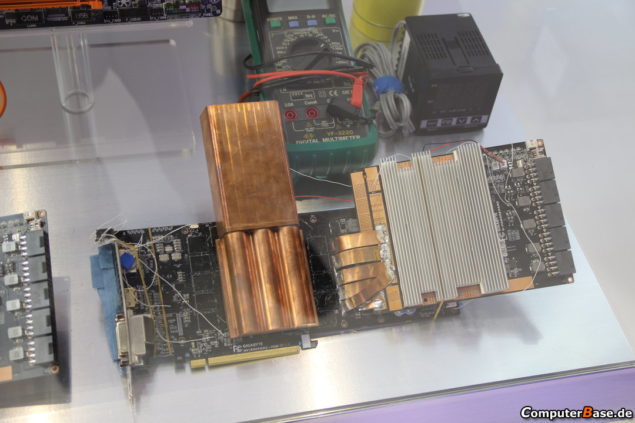 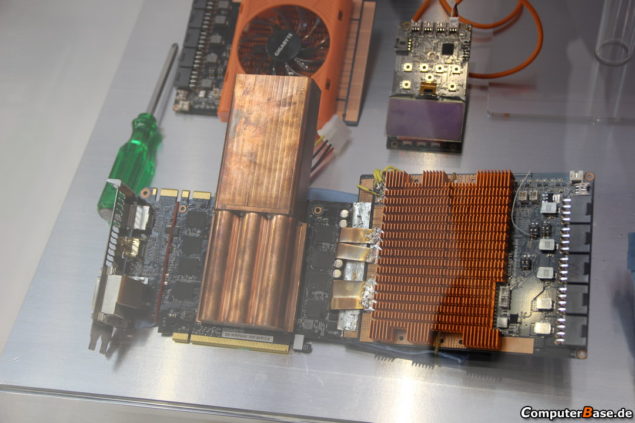 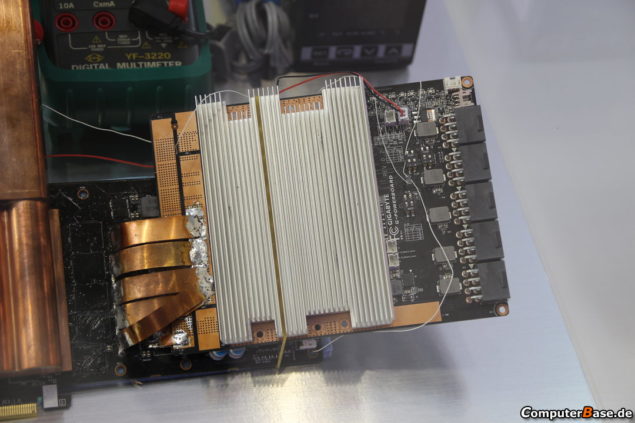 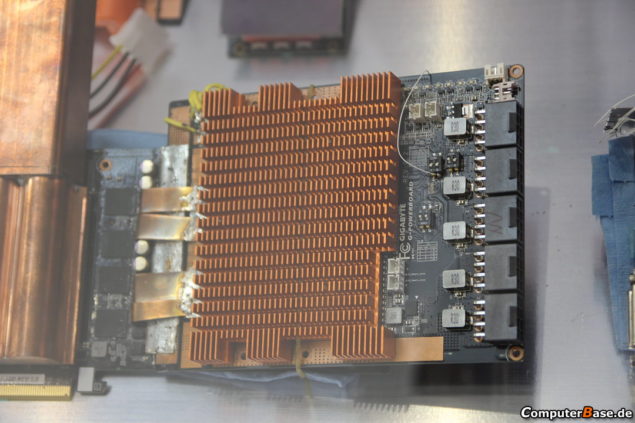 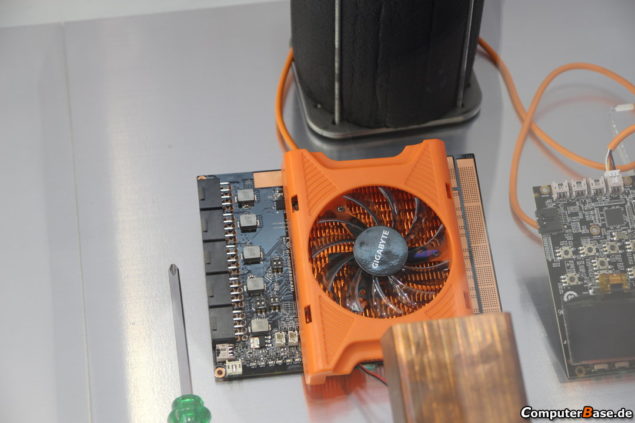