Gigabyte has displayed its new motherboard “GA-P67A-UD7” which is based on the Intel’s latest P67 chipset and will be compatible with Intel’s next generation LGA 1155 “Sandy-Bridge” processors which will be released next year.

The board will feature a 24 phase VRM and apart from the P67 chipset, an Nvidia nForce 200 bridge chip multiplies the processor's 16 PCI-E 2.0 lanes intro 32 PCI-E 2.0 lanes, which split up between four PCI-Express 2.0 x16 slots. The board has four DDR3 memory slots to run in Dual channel mode and the cooler on the board is also water cooling ready. Other expansion slots include one pci-e x 1 and two PCI while the connectivity features include dual gigabyte ethernet, USB 3.0, SATA 6 Gb/s, eSATA, and 7.1 channel HD audio. The board is expected to be released in 2011. 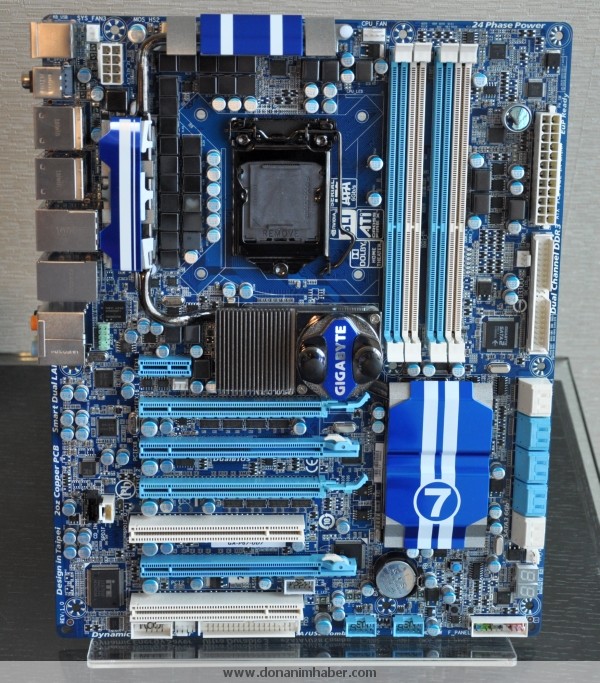