Gigabyte, A Pioneer in the motherboard and graphics industry today announced the launch of its new Radeon HD7970 GPU which packs AMD's first 28nm Tahiti Core and a 3GB memory to provide blistering fast frame rates in all current gaming titles at higher resolutions. Gigabyte also announced that its preparing a new Custom Edition HD7970 which will feature the company's WindForce 3X Cooling solution.

Gigabyte also plans to launch a Custom Variant of the Radeon HD7970 GPU which would house the WindForce 3X Cooler which features a large aluminum fin block equipped together with heatpipes to transfer heat and cooled by 3 Fans. The Custom designed 7970 would also feature Factory Overclocked specs - 1Ghz Core Clock Frequency while memory is set at reference 5.50Ghz. Display outputs include a DVI, 2x Mini Display Ports and a Single HDMI port. The card is expected to launch within this month for a price tag of around $590US. 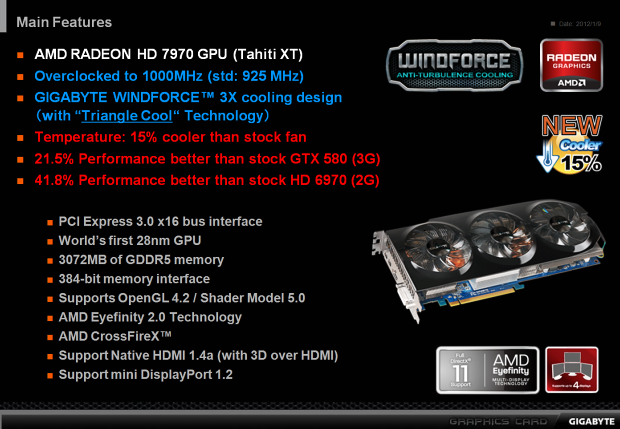 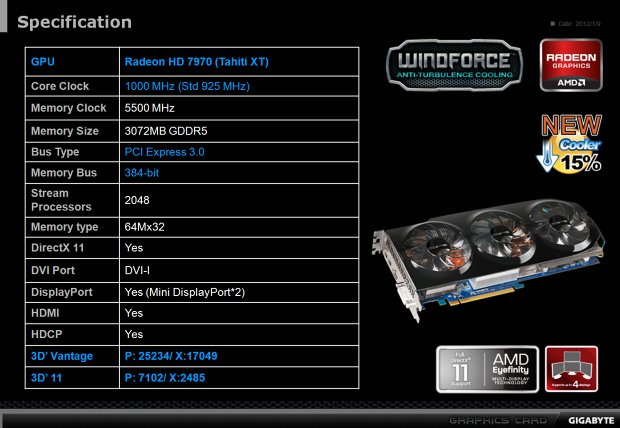 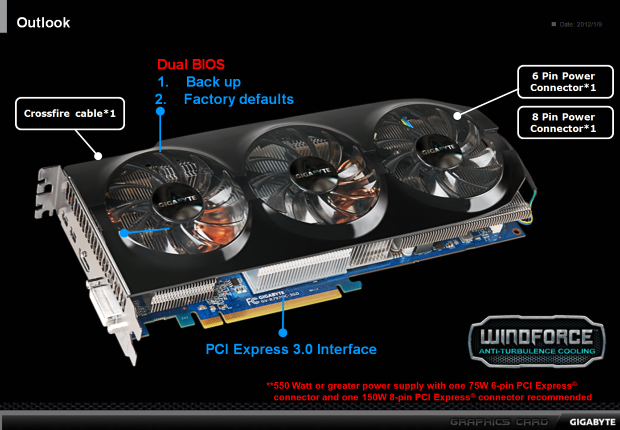 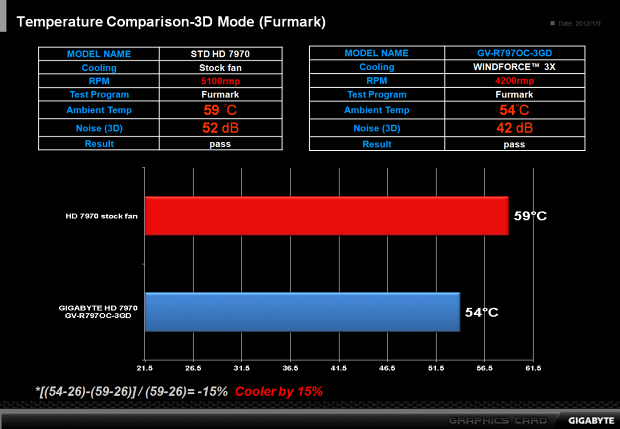