In an interview with Expreview at the ChinaJoy 2013 event, Gigabyte's marketing department sales director "Liu Mengzong" revealed that their company is preparing the new GeForce GTX 780 SOC GPU. Gigabyte's SOC "Super Overclock" series are their flagship consumer graphics offerings which are aimed towards enthusiasts at premium price range. 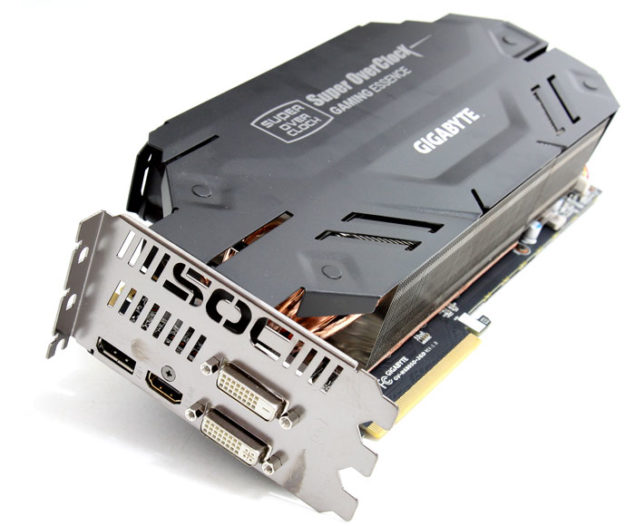 The last SOC variants to be released by Gigabyte included the Radeon HD 7970 SOC and GeForce GTX 680 SOC. This time, Gigabyte would introduce the latest GeForce GTX 780 SOC graphics card which would be built on the same caliber as other flagship entries from NVIDIA's AIB partners such as MSI's Lightning, ASUS's ROG, EVGA's Classified and Galaxy's HOF series "GTX 780" cards. Here's what Liu said during the interview:

Q: Will there be an SOC "Super Overclock" design for the GeForce GTX 780? If so, what's the nearest time at which you plan to launch the new graphics card?

A: Possibly, In the near future we plan to bring new and amazing products for our fans. The new product would be positioned even on top of the SOC and even higher than our friends who offer lightning, ROG graphics card. It will offer high-end and feature rich utilities for users. After a short period, we would see this new GTX 780 series graphics cards. Expreview!

Gigabyte recently introduced their GeForce GTX 780 WindForce 3x graphics card which made use of a new WindForce cooling design and even shipped the GeForce GTX Titan along with its reference cooling solution, separately packed WindForce 3x cooler since NVIDIA didn't allow manufacturer's to offer custom design GeForce GTX Titan boards to consumers except the liquid cooled variants. The thing that's interesting is that Gigabyte sort of mentions that they would be using a new SOC "Super Overclock" design for the GeForce GTX 780 SOC so we will wait to see how does it ends up and compares against the GTX 680's Tri slot and five fan SOC cooler.