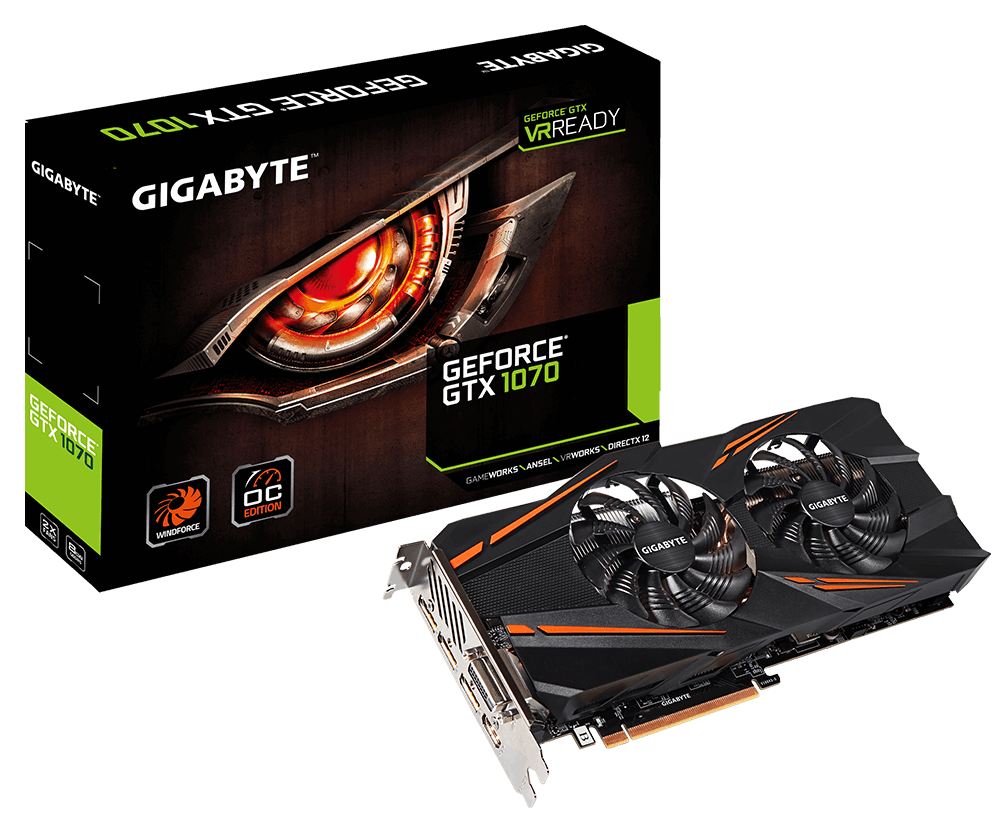 GIGABYTE GTX 1070 WINDFORCE OC is the third GPU from the GTX 1070 family of the company and features a slightly lowered GPU clock compared to the G1 gaming variant. There are other features of the GPU that will also make it a better purchase for consumers who are looking to experience VR and 4K gaming at a cheaper price tag and are not willing to spend their money on a G1 Gaming or Founders Edition variant. Here are all the details that you wanted to know.

The GIGABYTE GTX 1070 WINDFORCE OC is a different GTX 1070 when pitted against the Founders Edition and G1 Gaming variant. For starters, the biggest different that you will be able to view is from the aesthetics. Where G1 Gaming features a triple-fan solution, this one features a dual-fan configuration with each fan features a diameter of 90mm. Naturally, being one fan less compared to the G1 Gaming edition, this variant will have lesser airflow, which will obviously feature less effective cooling performance. 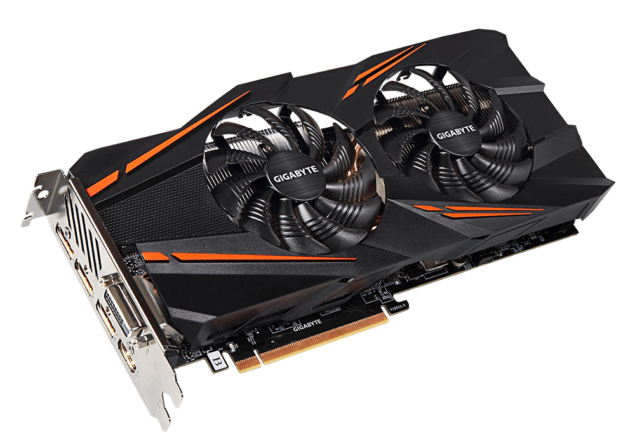 However, it is also possible that this variant will be cheaper compared to the G1 and Founders Edition, and thus, make a great solution for consumers who are not willing to shell out to much cash on gaming peripheral. Power deliver will come courtesy of the 8-pin power connector and there are a myriad number of ports present on the I/O side of the GPU. They are listed as follows:

There are very minor differences between The GIGABYTE GTX 1070 WINDFORCE OC and G1 Gaming edition, and whatever information you wanted to know about both GPUs have been listed in the table below:

The GTX 1070 family features the pascal GP104 GPU and is part of the first lineup of cards to be based on the 16nm FinFET generation of NVIDIA GPUs. This particular has sufficient capacity to handle huge modern workloads, which to a gamer includes rendering VR and 4K gaming content at fluid frame rates. One of the biggest perks of owning this card is that it is able to zip past the former TITAN-X offering from NVIDIA and is even faster than the R9 295X2 dual GPU from AMD in most cases (4K being the popular exception thanks to the huge bus width of the latter).

After looking at both models, tell us, which GPU model would you rather purchase and why?