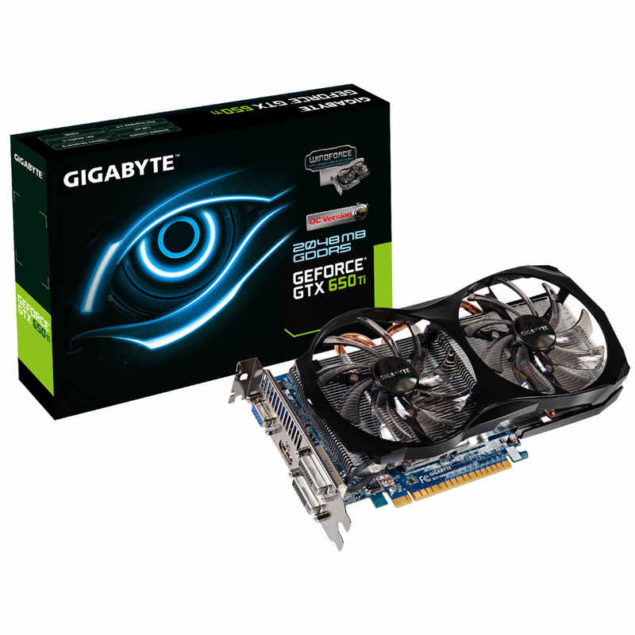 Gigabyte's GeForce GTX 650 Ti 2GB which makes use of the WindForce 2x Cooling design has also been pictured in addition to the GTX 650 Ti OC we detailed a few moments ago.

Just like the GTX 650 Ti OC, the Gigabyte GeForce GTX 650 Ti OC 2GB makes use of larger VRAM and a GK106 core packed with 768 Cores running at factory overclocked specifications. The core clock is maintained at 1032 MHz up from 928 MHz on reference models while memory runs at the stock 5400 MHz effective frequency. The card uses a a custom designed PCB featuring 4 VRM phases utilizing the Ultra Durable VGA design and powered through a single 6-Pin connector.

In addition to that, Display outputs include Dual Link DVI, HDMI and a VGA output. Card is cooled by Gigabyte's WindForce 2x cooler which puts two 92mm fans on the cooler shroud directly pushing air towards aluminum fin array blocks which consist of multiple copper heatpipes to cool the GPU.