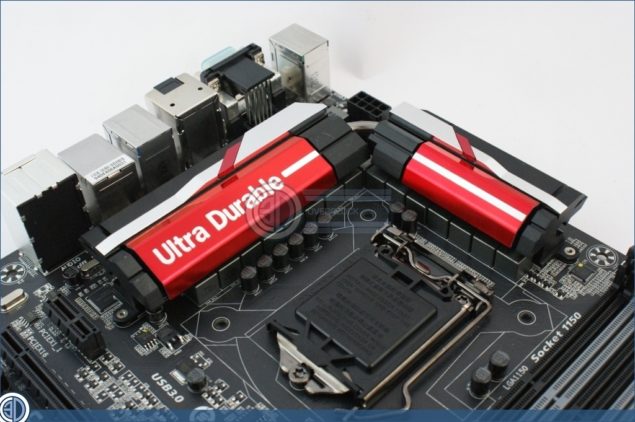 Gigabyte's upcoming GA-Z87X-UD4H motherboard has been pictured and detailed in a preview by Overclock3D. The GA-Z87X-UD4H is one of the many Z87 chipset based motherboards that Gigabyte is preparing including the Z87 Killer, Z87 Overclock and Z87 Enthusiast lineup.

With the GA-Z87X-UD4H, Gigabyte also enters the red and black theme color battle that's ongoing between other manufacture's such as ASUS, MSI and ASRock. The Gigabyte motherboard keeps it simple yet sleek which gives an overall great look. The GA-Z87X-UD4H comes with a 16 Phase VRM and is equipped with the Ultra durable 5 design with features similar to the GA-Z87X-UD3H such as ll IR Digital Power Design (IOR International Rectifier) with IR digital PWMs equipped with IR Powerstage ICs. The PCB itself is a 2 layer copper design and equipped with Durable black solid capacitors.

Oh me, oh my. If you haven't already caught on from the rest of this article, we're totally infatuated with the looks of this thing. Red and black is a new colour scheme for Gigabyte, and might we say that they've pulled it off flawlessly. The heatsinks show off their simplicity well, with no added logos or badges in the way of the sleek aesthetics.  Overclock3D

The motherboard falls just under the GA-Z87X-UD7 which would feature a black and yellow color theme but hasn't been previewed by any site yet. I guess we would see more details on Haswell motherboards in the upcoming days since their launch is less than a month away. The site didn't mention pricing for the board. 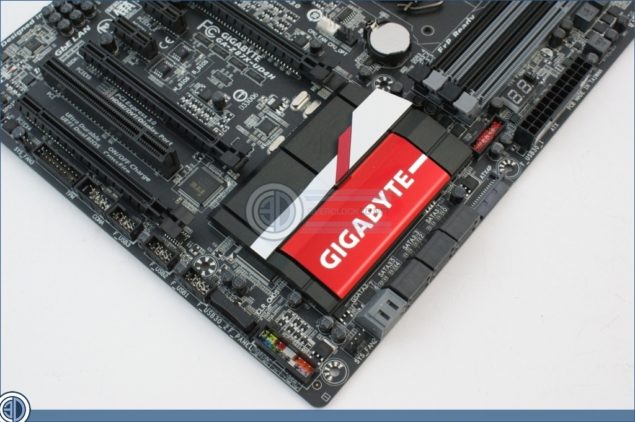 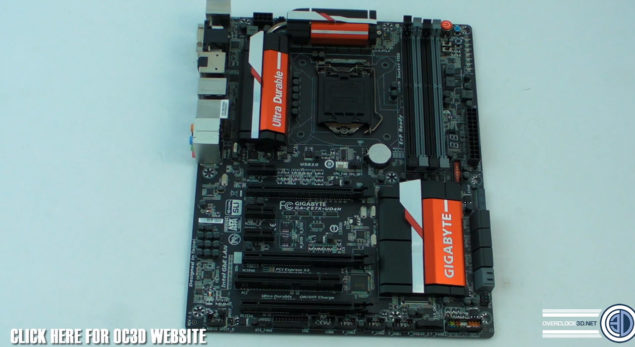